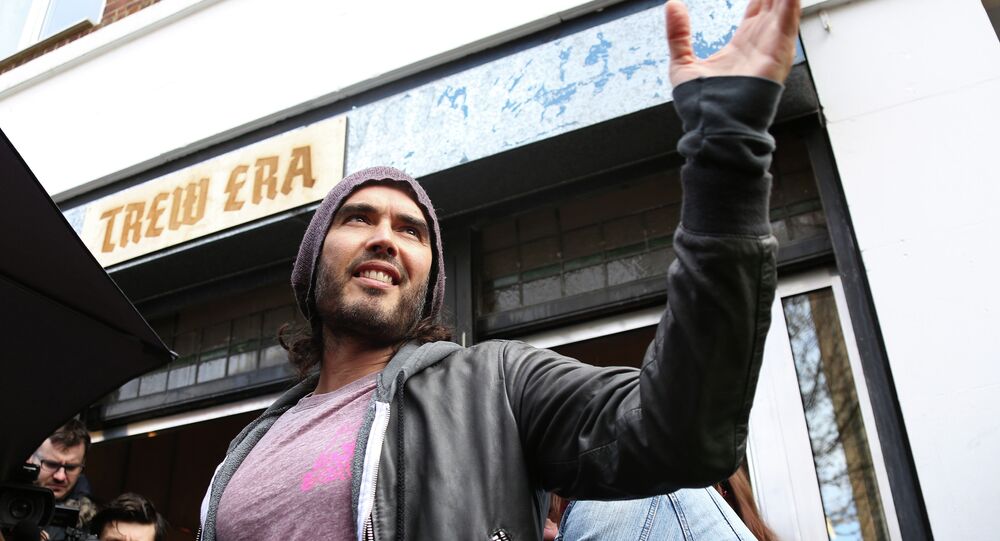 Britain has observed a minute silence for UK victims of the Tunisian terror attack which killed 30 people. Flags at Buckingham Palace and Whitehall flew at half-mast and play at Wimbledon was delayed. Mosques around the country also took part.

But the decision to hold a minute of silence has been denounced by controversial comedian Russell Brand who says he blames the UK government for the massacre and said there is no point paying tribute to those who died.

In the latest edition of 'Trews', the self-styled revolutionary declared the minute silence was an "empty, hollow gesture."

"Now what's the truth behind their terrible Tunisia massacre? Does [the minute of silence] mean anything or is it just an empty, hollow gesture, part of a general policy of bull****, so that our government can continue selling arms around the world and perpetuating a cycle where its own needs are met."

Brand offers a solution saying that to attack the problem the government needs to attack it at the source.

"Stop bombing those foreign countries. Stop selling arms to countries on your own human rights abuse list. You have to stop perpetuating the problem."

In 2013, the British government approved more than 3,000 export licenses for arms and military equipment worth $19 billion (£12bn) for 27 countries classified as "of concern" by the Foreign and Commonwealth Office (FCO) because of their poor human rights records.

"The scale of the extant strategic licenses to the FCO's 27 countries of human rights concern puts into stark relief the inherent conflict between the government's arms exports and human rights policies."

Two years later and following the death of 30 Britons in a terror attack in Tunisia, a country which shares its border with Libya, former comedian Russell Brand said: "If you respect those people then demand that your government stops selling arms to countries on its own human rights abuse list, demand that your government stops carrying out foreign wars on behalf of corporations."

Brand: Capitalism's Done a Good Job in Giving Us Tools for the Revolution