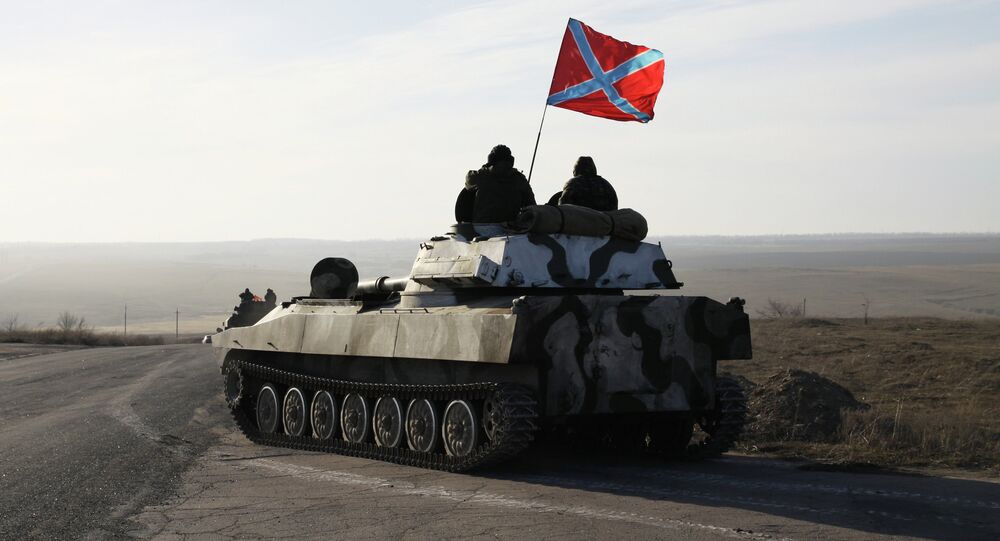 “We address US President B. Obama, German Chancellor A. Merkel and French President F. Hollande. You have decisive influence on [Ukrainian President] Petro Poroshenko and all political leaders in Ukraine, represented in the Verkhovna Rada [parliament]… We ask you to immediately and directly influence Poroshenko and other members of the ruling coalition in Kiev,” reads the statement, published by Donetsk news agency.

© Sputnik / Vitaliy Belousov
EU is Critical of Ukraine’s Unwillingness to Implement Minsk Agreement
In February, in the Belarus capital Minsk, Russia, Germany, France and Ukraine worked out a ceasefire deal signed by Kiev and pro-independence fighters of the eastern Ukraine's Donbas region. The Minsk agreements comprised a set of measures to stop the military confrontation in eastern Ukraine.

The deal stipulated a prisoner exchange, heavy weaponry withdrawal from the line of contact and constitutional reforms which give special status to the regions of Donetsk and Lugansk.

Recent reports from Organization for Security and Co-operation in Europe (OSCE) monitors in eastern Ukraine suggest that the Minsk peace deal has been violated many times.

Ukraine's New Constitution May Come Into Force by Year-End