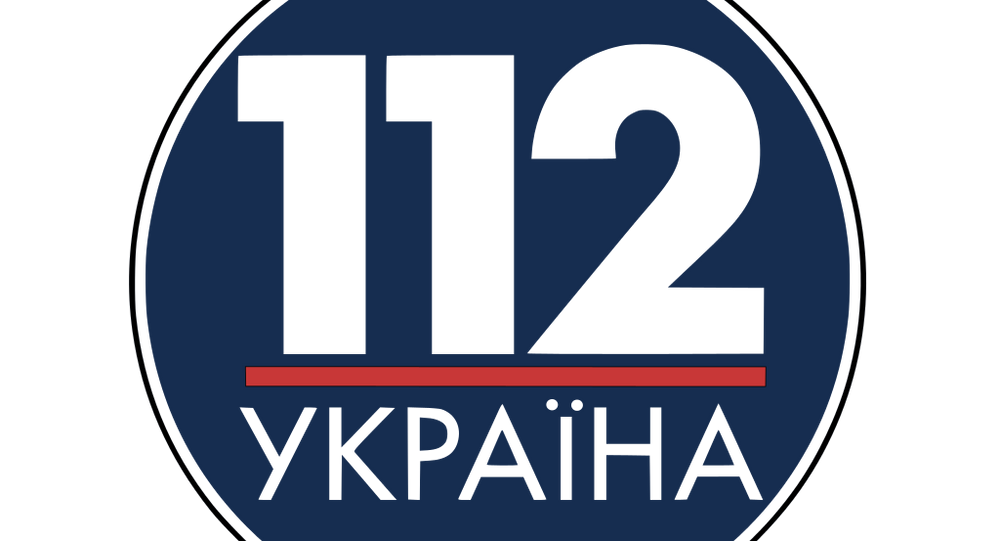 Ukrainian TV channel “112 Ukraine” has received probably the most ridiculous charge ever: its logo represents the colors of Russia.

© Sputnik / Mikhail Markiv
Kiev Fantasies Scale New Height: ‘Russian Nukes in Crimea to Smash Europe'
It would be funny, if it were not so sad: the letter was signed by the chief of the National TV and radio Council, and it may have the severest consequences for the broadcaster.

Citing citizens’ complaints, he demanded the owner’s “comprehensive explanations” in regard to the TV channel’s logo comprising red, blue and white – the “colors of the flag of aggressor country Russia.”

The letter contained an enclosed print copy of an enraged reader slamming the TV channel for “constant trolling”, “fake experts” and “unprofessionalism” and demanding that it be fined for “displaying the aggressor’s flag colors”.

“112 Ukraine” was launched in November 2013. In June 2015 it surpassed its closest rival – Petro Poroshenko’s TV channel 5 – by two times in the share of news programs.

The TV channel in response called on the National TV and Radio Council’s chief to “stop suppressing independent broadcasters and finding fault with senseless things.”

It also reminded that Petro Poroshenko’s TV channel 5 has a logo whose red color resembles a communist flag – something the president has outlawed.

It is time to inform Ukraine’s EU partners and the United States that their flags represent the Russian flag, which is an unforgivable mistake, the official’s logic hints.

Maybe Petro Poroshenko should ink a decree and outlaw the three colors in Ukraine.

Yatsenyuk Pits EU Against US Over Arms Deliveries to Ukraine