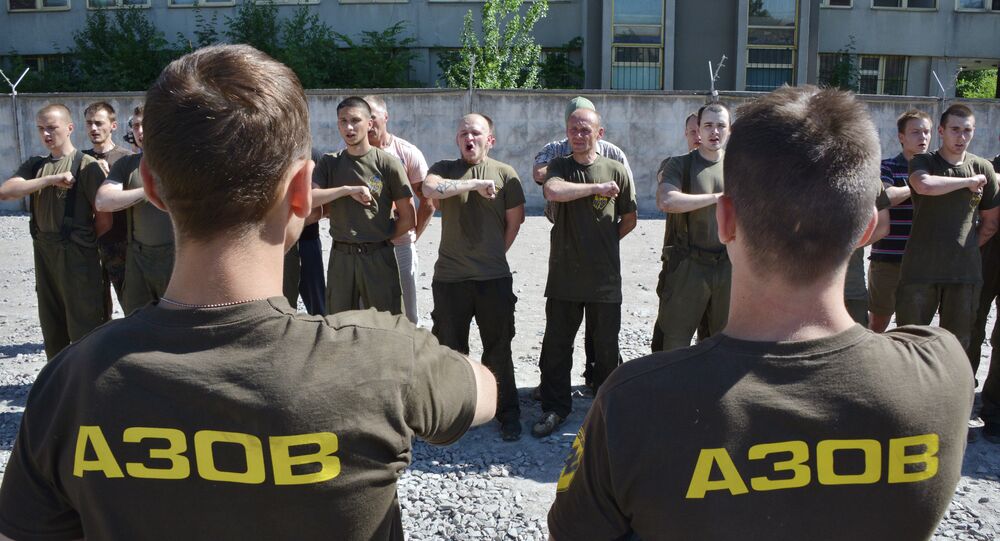 US Defense Department spokesperson Eileen Lainez said that the Kiev government-controlled Azov Battalion is not trained by the United States.

“I can tell you the Azov Battalion is not involved in our ongoing training,” Lainez stated.

Lainez comments come after the US House of Representatives passed amendments to Defense Spending Bill on Thursday to block training of the Azov Battalion, which is fighting independence supporters in eastern Ukraine reportedly under the neo-Nazi Wolfangel symbol.

Lainez also said the Defense Department does not comment on proposed legislation.

Since early 2014, Ukraine has been torn by a conflict in the southeast of the country where independence supporters’ militias are fighting with the Kiev-government’s security forces.

In April 2015, the US Army sent 300 paratroopers to western Ukraine to train the country’s National Guard. The Kiev government has said it is planning to hold three joint drills with US troops later in 2015.