Spain is "in the eye of the storm of jihad" with the country at a heightened risk to the threat of radical jihadists, despite an increase in government efforts to counter terrorism, an expert in foreign affairs has warned.

Researcher Soeren Kern, in an essay for the think tank, the Gatestone Institute, warned that Spain has become a hotbed of extremism in Europe, with many radicals from France moving south, following a French counter-terror crackdown in the wake of the Charlie Hebdo and Paris kosher shop attacks.

The threats stemming from an increase in the number of suspected extremists has been been compounded by targeted attacks to Spain's 50,000 Muslim converts, who Kern says are particularly at risk of becoming radicalized.

"Police say that converts are especially susceptible to radicalization because they are facing increasing pressure from Islamists who are calling on them to carry out attacks to 'demonstrate their commitment' to their new faith."

The 1 number you need to know if you live in Spain:at least 10% of Catalonia's Muslims are estimated to be "radicals" http://t.co/XWk6EKh3Pn

Kern also believes that there are practical reasons why extremists are targeting newly-converted Muslims in Spain.

"The Islamists are especially interested in converts who have not yet taken on Muslim names and whose official IDs still have their Christian names, so they can purchase weapons without drawing the attention of police."

The comments follow last month's release of official government statistics, which revealed that a total of 568 jihadists had been arrested in the country over the past 10 years.

Despite the success of previous counter-terrorism operations, Spanish Interior Minister Jorge Fernández Díaz warned that the chance of an Islamic terror strike in Spain was "very probable," with the minister saying there was a 70 percent likelihood of an attack taking place.

While official figures in January stated that 70 Spanish citizens had traveled to Middle-Eastern war zones to fight alongside jihadists, Diaz revealed that the number has risen by more than 40 since the beginning of the year, further increasing concerns about Spain's extremist problem.

Particular attention has been placed on Spain's Catalonia region and the Mediterranean coast, where counter-terrorism officials suspect many extremists are attempting to blend into the respective regions' significant Muslim communities.

In attempting to explain the reasons and appeal behind the increase in an extremist presence in Spain, Soeren Kern has pointed to historical factors, as large parts of modern-day Spain were originally known as Xarq al-Andalus — territories controlled by Moorish tribes for many centuries.

"Al-Andalus is the Arabic name given to those parts of Spain, Portugal and France occupied by Muslim conquerors (also known as the Moors) from 711 to 1492. Many Muslims believe that territories Muslims lost during the Christian Reconquista of Spain still belong to the realm of Islam. They claim that Islamic law gives them the right to return there and re-establish Muslim rule."

In 2014, Islamic State jihadists released a video vowing to reclaim these parts of Spain from the "non-Muslims," as part of their global Caliphate. 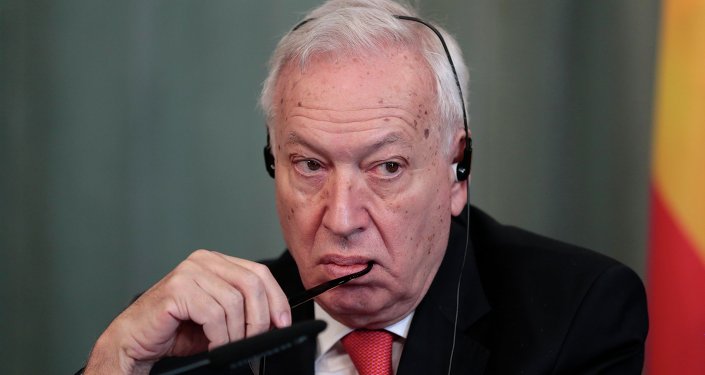 There are also concerns about Spain being targeted by jihadists trying to return to Europe, with a report by the Spanish border police highlighting major routes of entry into the country used by people smugglers, warning that human trafficking is "more lucrative than cocaine trafficking."

"Spain has also become a key entry point for human trafficking mafias being used by jihadist veterans seeking to return to Europe after fighting in the Middle East," Kern said.