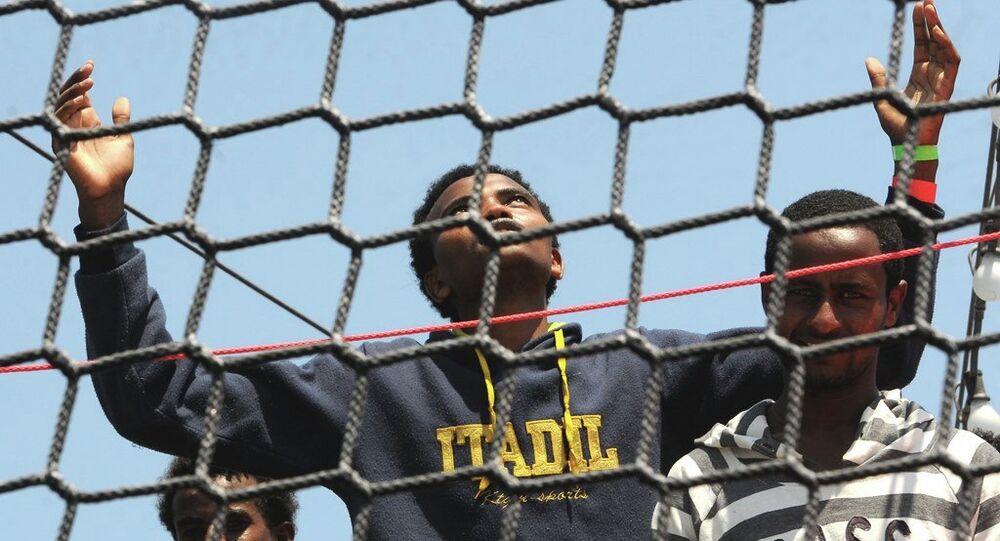 And just weeks following an agreement by the European Union for a military-led rescue mission to prevent migrants from drowning at sea, there has been a surge in the number of boats carrying those desperate to reach Europe.

In the last few days, European ships have rescued around 6,000 people from rickety boats off the coast of Libya. Britain's Royal Navy ship HMS Bulwark picked up 1,200 refugees in response to intelligence reports of crafts carrying migrants in open water. The captain has warned that up to half a million more were waiting to cross from Libya.

Under the 'Dublin Regulation', the first EU member state a migrant enters is obliged to process their asylum requests. Italy, Greece, Cyprus and Malta are currently bearing the burden of processing and resettling the swelling numbers of migrants fleeing North Africa and the Middle East to reach Europe.

All those who have been rescued will be deposited in southern Italy or elsewhere at Sicilian ports, bringing the total number of new arrivals on Italian soil to more than 50,000.

The north of Italy has said it will refuse to accommodate any more migrants.

Three regional Italian presidents of Lombardy, Liguria and Veneto have vowed to defy the center-left government of Prime Minister Matteo Renzi by refusing to house any more arrivals that have been allocated by the government.

Non-stop to #Italy. Italian @guardiacostiera says they have now rescued a total of 5851 #migrants this weekend pic.twitter.com/sHy8HzqdA2

Roberto Maroni, President of Lombardy said he will be writing to local mayors and prefects in his region to warn them not to accept any more "illegal immigrants."

"We will not receive any more migrants," said Liguria's President Giovanni Toti.

"I have already said it, we will not receive any more migrants, and Lombardy, Veneto and Val d'Aosta will do the same thing."

According to President Luca Zaia of Veneto, the social tensions are "absolutely crazy" and the situation is "like a bomb ready to go off."

The European Commission has proposed an emergency resettlement program suggesting that all EU member states introduce a quota system to share the responsibility. But many EU countries have rejected this system.

Britain's Home Office has said it will refuse to accept any refugees under the program. Spain, Hungary, Poland, the Czech Republic, Estonia, Latvia, Lithuania, Slovakia and France have also rejected the resettlement proposals. Germany has backed the plans for the 28 member states to share the burden and relieve Greece, Italy and Malta.

1,000+ people have told their MPs they want Britain to offer other routes to safety for Med refugees. Have you? http://t.co/Wx4P5wDz8z

Speaking to reporters at the G7 Summit, Italy's Prime Minister Matteo Renzi called for more solidarity within Italy — and the EU.

"We did not cause this problem but we will try to solve it, if we can, along with those who are currently resorting to demagogy rather than common sense."

Italy's reception facilities are said to be at breaking point with nearly 80,000 recently arrived migrants already resettled across the country.

Italy in Talks With UN on Ending Migrant Influx Via Mediterranean