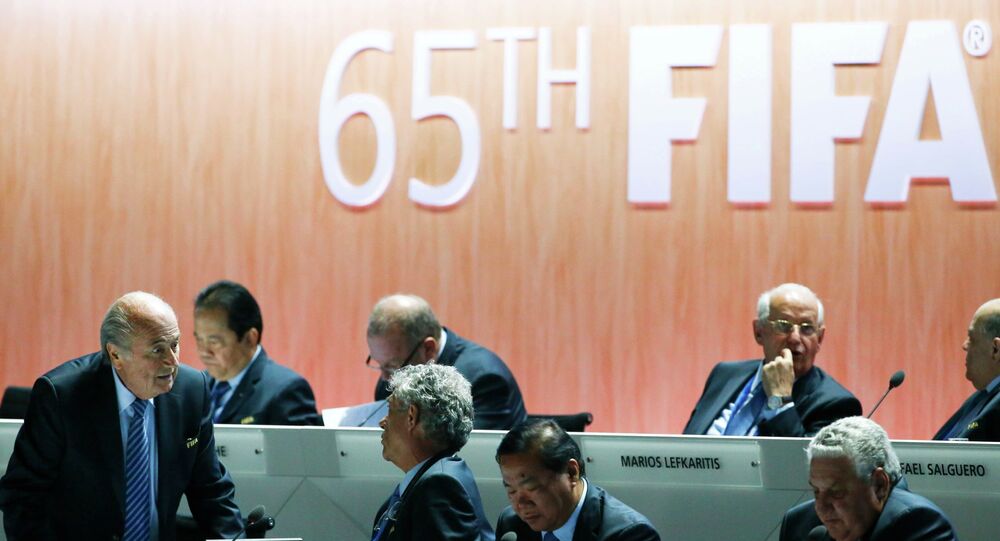 The ongoing FIFA congress in Zurich, Switzerland, which includes the election of the association’s president, resumed work following a break earlier on Friday over bomb threat, FIFA Secretary General said.

© AP Photo / Charles Dharapak
No Coincidence: FIFA Scandal Aimed to Distract From NSA Spying – German MEP
ZURICH (Sputnik) — Earlier in the day, Zurich police said on Twitter that a bomb threat at the venue for the FIFA congress was received by the telephone.

A search operation had been conducted and revealed no threat of a bomb and the congress resumed its work, FIFA Secretary General Jerome Valcke said, according to German media outlets.

On Wednesday, the US Justice Department unsealed an indictment charging 14 defendants — among them nine senior FIFA officials — with racketeering, money laundering and taking about $150 million in bribes. Seven of the FIFA defendants were arrested in Switzerland on a US federal corruption warrant.

All 209 FIFA Members to Vote in Presidential Election Amid Scandal