The FIFA corruption scandal was conceived to distract public attention from German intelligence spying on European targets at the request of the United States National Security Agency (NSA), a German member of the European Parliament told Sputnik Friday.

MOSCOW (Sputnik) — On Wednesday, the US Justice Department unsealed an indictment charging 14 defendants — among them nine high-ranking FIFA officials — with racketeering, money laundering and taking about $150 million in bribes. Seven of the FIFA defendants were arrested in Switzerland on a US federal corruption warrant.

Meanwhile, German tabloid Bild reported that US President Barack Obama could skip the G7 June summit in Germany if Berlin decided to hand over a list of US spying targets to parliament, a claim refuted by the US State Department.

"Of course, there is no coincidence [that the FIFA scandal erupted] just before the G7 summit, because the FIFA issue is keeping the world busy since a lot of years I think," Udo Voigt told Sputnik.

Putin: FIFA Case Methods Similar to Those Applied to Assange, Snowden
He expressed his confidence that the FIFA scandal would settle down in a couple of days.

A German parliamentary committee investigating German intelligence activities requested the government give lawmakers access to the full list of targets provided by US intelligence.

The German government has so far been reluctant to grant investigators access to intelligence selectors, including email, IP addresses and phone data of EU business and government officials tracked by NSA agents using Bavaria's Bad Aibling, a German listening post. 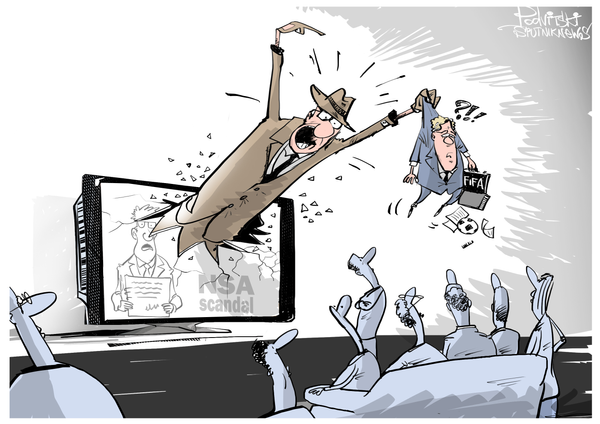