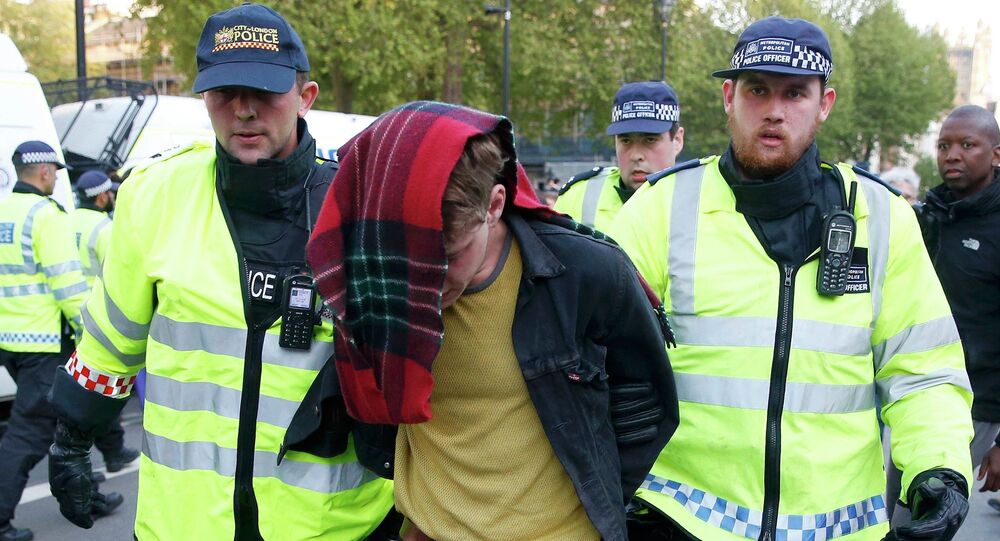 At Least 17 Arrested in London After Post-Election Protests - Reports

Four law enforcement officers and a member of police staff were injured in clashes that began after protesters started throwing objects at an unplanned rally close to the British government headquarters.

The Saturday protests came after the victory of the Conservative Party in the country's general elections earlier this week.

According to the BBC citing the Met police, four law enforcement officers and a member of police staff were injured in clashes that began after the protesters started throwing objects during the unplanned rally close to the British government headquarters and residence of the Prime Minister.

It's only been two days and so far we want @David_Cameron out. #londonprotest (pictures aren't mine) pic.twitter.com/qQ94aKO77h

The arrests were made for offenses such as violent disorder and assault on a police officer, according to the British broadcaster.

© AP Photo
Brussels or Brexit: What the UK Election Means for Britain in Europe
Thousands of people took to the streets Saturday to protest against the Tory rule, holding placards saying "Stop the cuts" and "I pledge to resist." A graffiti reading "Tory scum" was also sprayed on a war memorial.

On May 7, general elections were held in the United Kingdom. The Conservative party won the vote after securing the absolute majority of the seats in the lower house of the British parliament, the House of Commons.

The key points of the Conservative platform are the reduction of welfare funding and more responsible public spending.