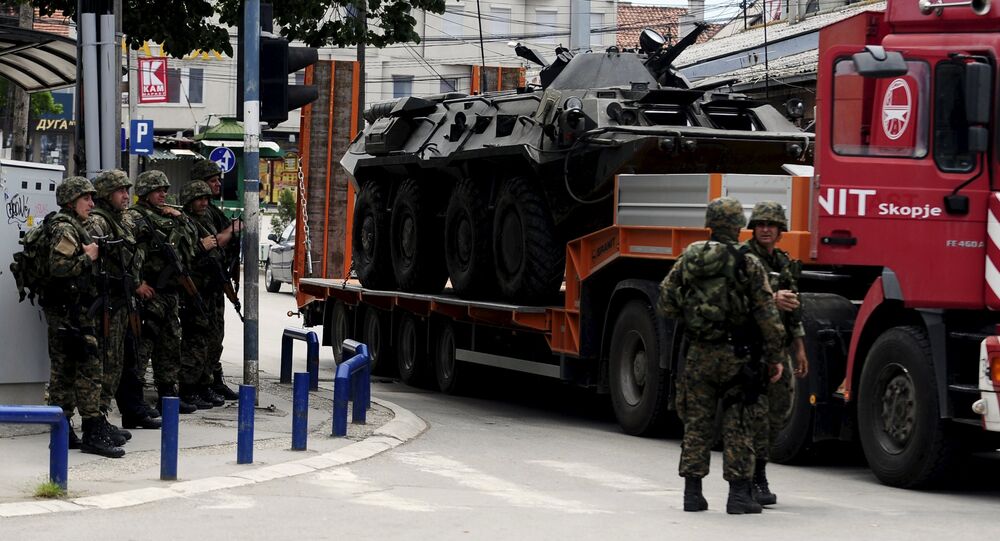 Serbian Interior Minister Nebojsa Stefanovic said that Serbia urgently reinforces its border with Kosovo to preserve security of its citizens amid the terrorist attack in Macedonia.

MOSCOW (Sputnik) — Serbia urgently reinforces its border with Kosovo to preserve security of its citizens amid the terrorist attack in Macedonia, according to the Serbian Interior Minister Nebojsa Stefanovic.

Five officers were killed and over 30 were wounded in a Macedonian city of Kumanovo, close to the border with Kosovo and Serbia, in a fighting between local police and an armed terrorist group, local media reported Saturday.

“We have to act responsibly in order to show all those who are thinking about possible terrorist attacks on Serbia that they will be stopped quickly and efficiently,” Stefanovic said as quoted by the local radio and television broadcaster B92.

Violent Political Protests in Macedonia Leave 40 People Injured
He added that the Serbian government is ready to offer shelter to the refugees from Macedonia if the situation in the country escalates.

Earlier in the day, the Macedonian Interior Ministry said that a terrorist group arrived to Macedonia from an unspecified neighbouring country a few days ago in order to attack the public institutions.