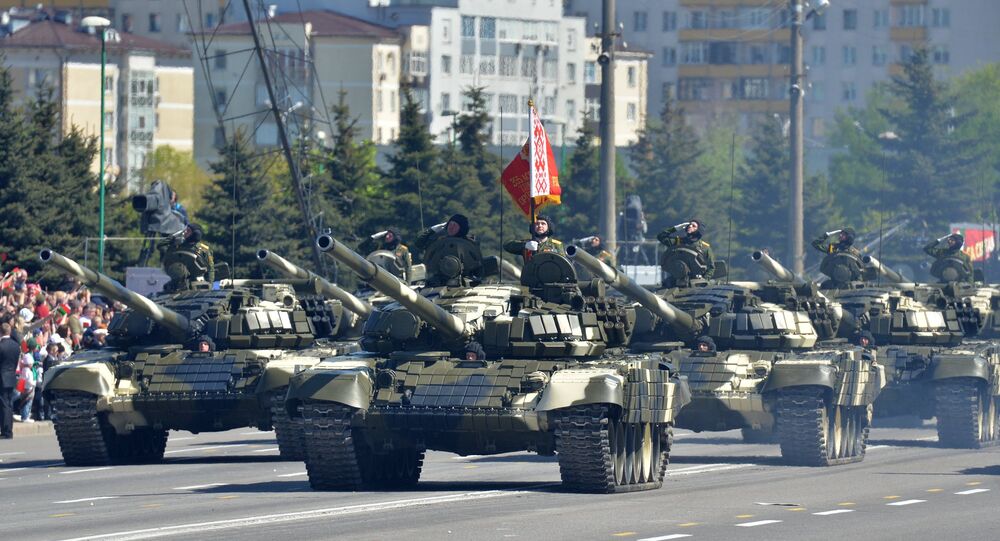 Belarusian capital Minsk marked Victory Day with a large celebration which also included troops from Russia and the United States.

Over 5,000 troops and 250 units of military equipment participated in the Victory Day Parade in Minsk, the capital of Russian ally Belarus.

Belarusian President Alexander Lukashenko observed the parade as the country's commander-in-chief. Belarus was one of the most devastated Soviet republics doring the war, with 209 towns and 9,200 villages wiped out by Nazi Germany's forces.

"Today we mark one of the most sacred holidays, Victory Day. 70 years ago the multinational Soviet people achieved victory in the scariest and bloodiest war. This Great Victory saved our motherland from enslavement. This Great Victory liberated Europe," Lukashenko said.

© REUTERS / Michaela Rehle
Germany Apologizes to Belarus for Nazi Crimes
The parade included new equipment such as the Polonez multiple rocket launcher system. Another newcomer was the Lis-PM ("Fox") armored vehicle made in collaboration with Russia's military industry but with 85 percent of its parts made in Belarus.

The parade also included modern Belarusian weaponry and vintage weapons from the war, including the T-34-85, T-44 and IS-2 tanks, as well as SU-100 and ISU-152 self-propelled guns.

The armies of Belarus and Russia marched together at the Victory Day parade in Minsk. Russia was represented by the 234th airborne regiment, T-90 tanks and Tu-22 supersonic strategic bombers, among other units.

"Defending peaceful labor, we together provide for our military security," Lukashenko said of Russia.

© Sputnik / Ivan Rudnev
Tractor Diplomacy: 5 Reasons Why Belarus is an Emerging Global Player
The United States Air Force band was present, according to the parade's official announcer, "as a representative of a country which participated in the defeat of Fascist Germany as part of the anti-Hitler coalition."

After the military segment, Belarus paraded its famous tractors and industrial machinery. The parade was concluded with a march of youth organizations and a concert.

Belarusian President to Visit Russia May 8 for Informal CIS Summit