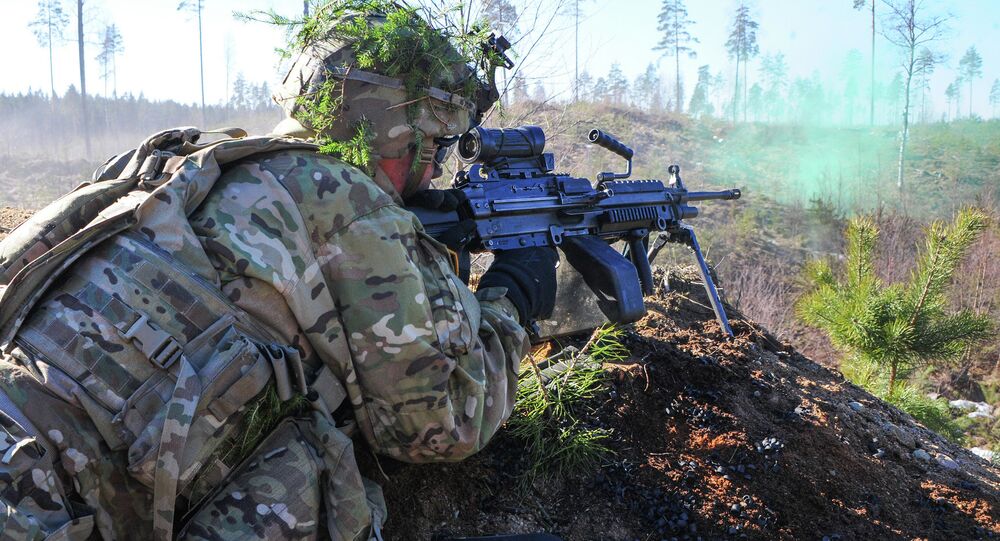 A major drill, involving a record-breaking number of troops began in Estonia Monday, the General Staff of the Estonian Defense Forces said in a statement.

© REUTERS / Ints Kalnins
NATO 'Tornado' Military Drills to Start in Estonia in May
The Siil-2015 (Hedgehog) exercise, the largest such training in the country’s history, involves over 13,000 regular army soldiers, reservists, members of the  volunteer corps Kaitseliit and troops from fellow-NATO countries, and will run until May 15.

The 6.4 million euro drill comes in place of NATO’s Spring Storm exercise held in a different region of Estonia each year.

Four US Abrams tanks with personnel, as well as two groups of US paratroopers currently stationed in the northern Estonian town of Tapa will also take part.

The presence of US soldiers in Tapa is part of operation Atlantic Resolve, which demonstrates US efforts in support of its NATO allies and partners in Europe.

An infantry company from Britain, Belgian and German air defense units and several NATO warplanes are also scheduled to join in the Siil-2015 exercise.