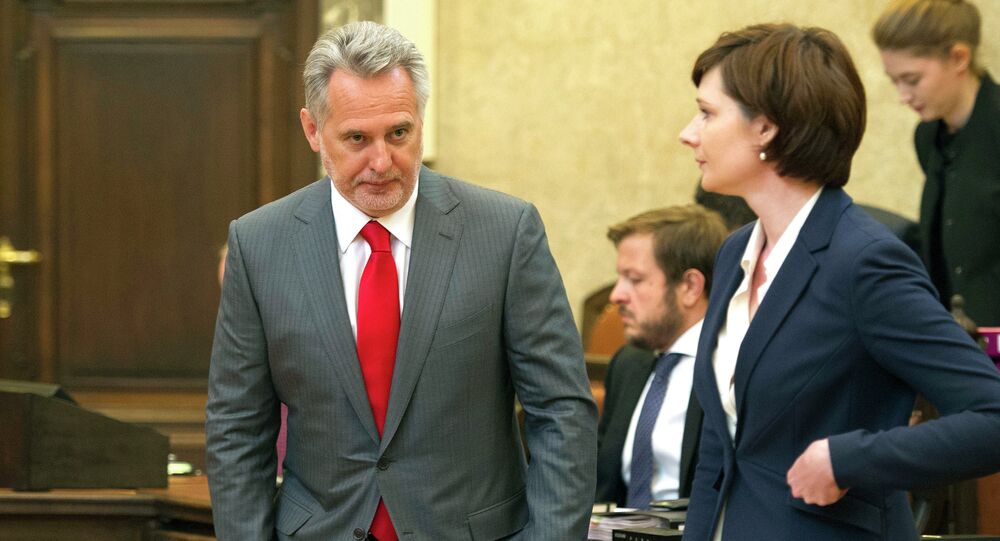 The United States controls absolutely everything in Ukraine, including domestic politics, foreign policy and economics, Ukrainian oligarch Dmytro Firtash says during a court hearing in Austria.

An Austrian court refused to order the extradition of Ukrainian billionaire Dmytro Firtash on Thursday, persuaded by his lawyer's argument that the bribery charges laid against him by the US government were politically motivated.

US authorities accused the Ukrainian oligarch of having paid $18.5 million in bribes to Indian officials to secure a titanium mining project which never materialized.

© Sputnik
Austria Refuses to Extradite Ukrainian Oligarch Firtash to US
However, Firtash said the real reason why the United States wanted his extradition was entirely political: Washington feared Firtash would not support its attempts to gain political influence in Ukraine.

Firtash said the United States was involved in Ukrainian politics long before the Maidan protests. Washington put pressure on then-President Yanukovych through Firtash, who had supported the former president in the past. At first, Yanukovych unwillingly agreed to accept Washington's terms and sign the EU Association Agreement. However, when he decided to back off from these terms, the White House organized the Euromaidan riots, Firtash stated during the court hearing.

"Then arrived Victoria Nuland [the Assistant Secretary of State for European and Eurasian Affairs at the US Department of State] and told Yanukovych to sign the EU Association Agreement, release Tymoshenko from jail for treatment abroad and give Kharkov's mines to Chevron," Firtash said, as cited by Ukraine's Vesti.

Firtash's testimony reveals the scale of American interference into both the domestic and foreign policy of Ukraine over the last decade. According to the Ukrainian billionaire, the United States controls absolutely everything in Ukrainian politics, including geopolitics, parliament and the gas market, and lobbies the interests of US companies.

The US government used Firtash as a puppet to achieve its own political and economic interests in Ukraine. However, after the billionaire got out of hand and decided not to follow US orders, Washington wanted to forcefully remove Firtash from Ukrainian politics using the alleged bribery charges.

After the court hearing, Firtash told journalists he plans to return to Ukraine; however, he didn't reveal the exact dates, as there are some procedural processes left to be taken care of.

Firtash made his fortune as a gas industry middleman, working with Russia's Gazprom and Ukraine's gas company Naftogaz.