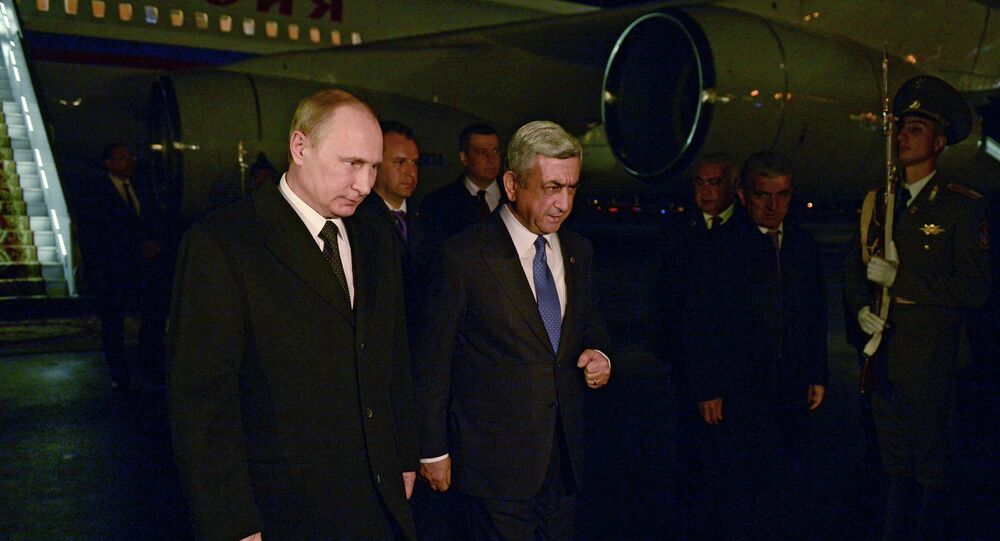 Neo-Nazism, ultra-nationalism, anti-Semitism and Russophobia are four evils that are now rearing their ugly heads in various parts of the globe and people need to understand why this is happening and where it may eventually lead us, President Vladimir Putin warned Friday.

During a ceremony in Yerevan marking the centennial of the genocide of Ottoman Armenians in eastern Turkey during the time of World War I, Vladimir Putin said:

“Unfortunately we can see neo-Nazi, anti-Semitic and Russophobic sentiment being on the rise and radical nationalists trying to come to power in many parts of the world.”

© AP Photo / Michael Sohn
German President Calls 1915 Atrocities Against Armenians 'Genocide'
On Friday, Armenia hosts events in commemoration of the 100th anniversary of the 1915 Armenian genocide by the Ottoman Empire. Russian and French Presidents are among world leaders taking part in the memorials.

“We need to ask ourselves why all this is happening now,” Putin said at the ceremony of commemoration of the victims of the Armenian genocide on Friday in Yerevan.

“Whatever we may be doing in critically important parts of the world we need to think first and foremost about the consequences of our actions,” the Russian President emphasized.

The Armenian genocide was a series of mass killings and starvation ordered by members of the Ottoman government during and after World War I culminating in 1915. The tragic events claimed the lives of an estimated 1.5 million Armenians, according to Yerevan data. Turkey refuses to name the massacre a genocide, claiming that Turkish nationals were also among victims.

The Armenian genocide has been recognized by 24 countries, including Russia and France.