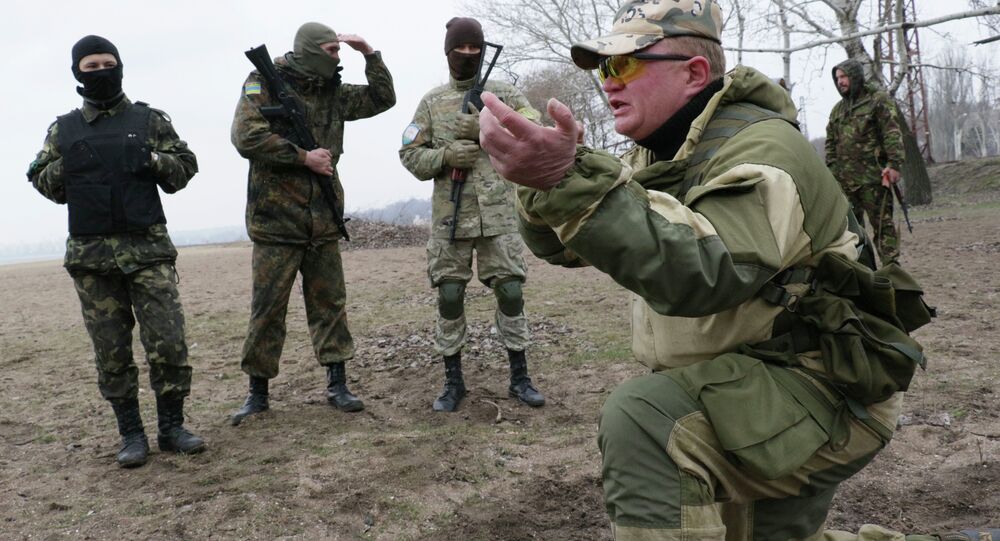 The Ukrainian army is being run by the generals who plundered it for 23 years, a volunteer member of the Carpathian Sich paramilitary battalion complained earlier this week.

“Our top military brass, some 400 generals who are now in command, are exactly the ones who plundered our armed forces for 23 years, buying their way up the ranks… Can we trust them? Absolutely not," said Mykola Tikhonov during a Ukrainian UNIAN television talk show to be aired Saturday afternoon.

© AP Photo / Evgeniy Maloletka
First Anniversary of Kiev’s Military Operation in East Ukraine
Tikhonov, who took part in the offensive on the Donetsk airport, believes that the commanding positions in the military must be given to officers who have gone through the sufferings and hardships of the war in Donbass.

“Our rank and file fighters still have no idea just what [these generals] are going to do as the conflict drags on,” he added.

“The top military command has not yet offered us a clear strategy of what we are supposed to do depending on the situation now that the warring sides have dug themselves in on both sides of the separation line,” Mykola Tikhonov said in conclusion.