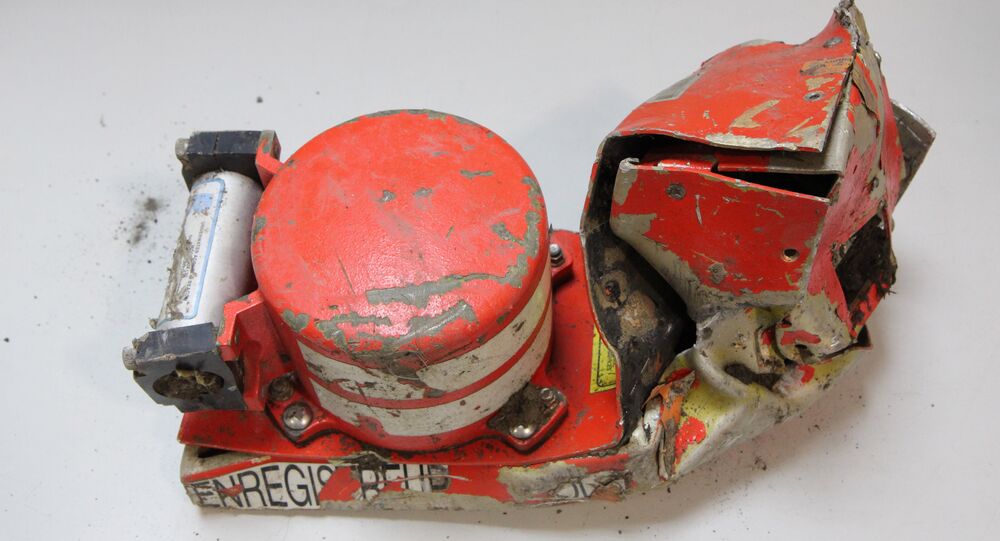 Lufthansa Fears Second U4 9525 Black Box May Never Be Found

A Lufthansa manager has said that the company fears that the second black box, containing the flight data recorder from subsidiary Germanwings flight U4 9525 which crashed in the Alps may never be recovered.

The Airbus A320 was apparently brought down by co-pilot Andreas Lubitz, who was believed to be being treated for mental health problems, when he locked the pilot out of the cockpit and put the aircraft into a fatal dive, killing all 150 on board.

The first 'black box' — the cockpit voice recorder — was found within 24 hours of the crash and investigators were able to download the full soundtrack of the final minutes of the flight, during which the pilot can be heard imploring Lubitz to open the door.

Further details of the final moments of the flight are stored on the second 'black box' — the flight data recorder. However, speaking on the Gunter Jauch TV program, Lufthansa manager Kay Kratky said:

"It could be that the damage was so serious that it [the flight data recorder] is sending no signal."

French prosecutor Brice Robin said the cockpit voice recorder had left him in no doubt the aircraft was deliberately downed by Lubitz.

"The most plausible and probable interpretation for us is that the co-pilot, by a voluntary abstention (deliberate decision not to act), refused to open the door to the cockpit to the flight captain, and activated the button to start descent," he said.

However, the conclusion that Lubitz deliberately downed the flight has drawn criticism from some in the airline industry. Evan Cullen, president of the Irish Airline Pilots Association told RTE Radio One: "We still don't know exactly what happened. We have no technical report and we certainly don't have a report from qualified accident investigators according to the international rules."

"Where I have the difficulty is that a country such as France, which signed up to the international conventions on accident investigation and doing it properly and scientifically, has allowed a magistrate jump to this conclusion without any technical report, without any sign-off from a technical expert. They have done all of this in the absence of the flight data recorder," he said.

"I never ever recall an accident such as this where a determination has been made by an authority in 48 hours in the absence of the flight data recorder. It is an extraordinary thing that's happened."

Show of Disobedience: French Pilots Stand Up Against EASA's 'Rule of Two'