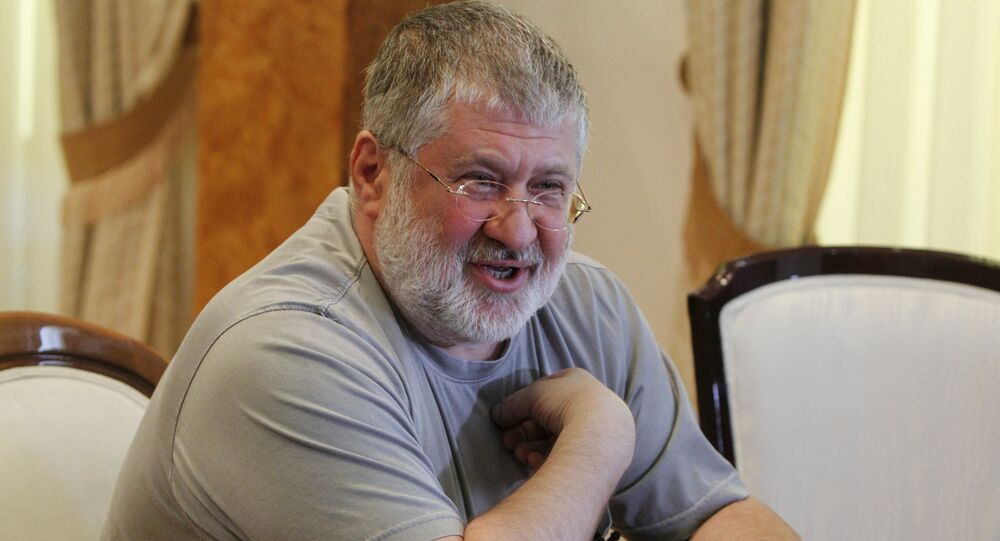 KIEV (Sputnik) – Ukrainian President Petro Poroshenko has signed a decree on the dismissal of Ihor Kolomoiskyi from the post of Dnipropetrovsk Regional Governor during a meeting with the Ukrainian oligarch, a statement released on the president's official website on Wednesday says.

Kolomoiskyi, who is one of Ukraine's wealthiest oligarchs, went to the office of state-owned oil company UkrTransNafta last week with a group of armed men, in an attempt to forcefully reappoint the firm's dismissed manager, Oleksandr Lazorko.

Following the incident, Poroshenko issued a decree reproaching Kolomoiskyi "for violating the rules of professional ethics."

"We have to ensure peace, stability and tranquility. The Dnipropetrovsk Region must remain a bastion of Ukraine in the east [and] defend the citizens' peace and quiet," Poroshenko said as quoted in the statement.

On Monday, Ukrainian Prime Minister Arseniy Yatsenyuk announced that Kiev will "do its job" and actively work against the political crisis scenario supported by oligarchs.

Kolomoiskyi's appearance at the UkrTransNafta office came after the decision of the Ukrainian parliament (Verkhovna Rada) to amend legislation on joint stock companies, reducing the oligarch's share in the enterprise and depriving him of crucial influence in the voting process.

Kolomoiskyi has reportedly accumulated an estimated wealth of around $6 billion. He is believed to sponsor a number of Ukrainian armed groups, including volunteer battalions that have committed human rights violations in the southeast of the country, where they have been fighting against independence supporters alongside Kiev forces.