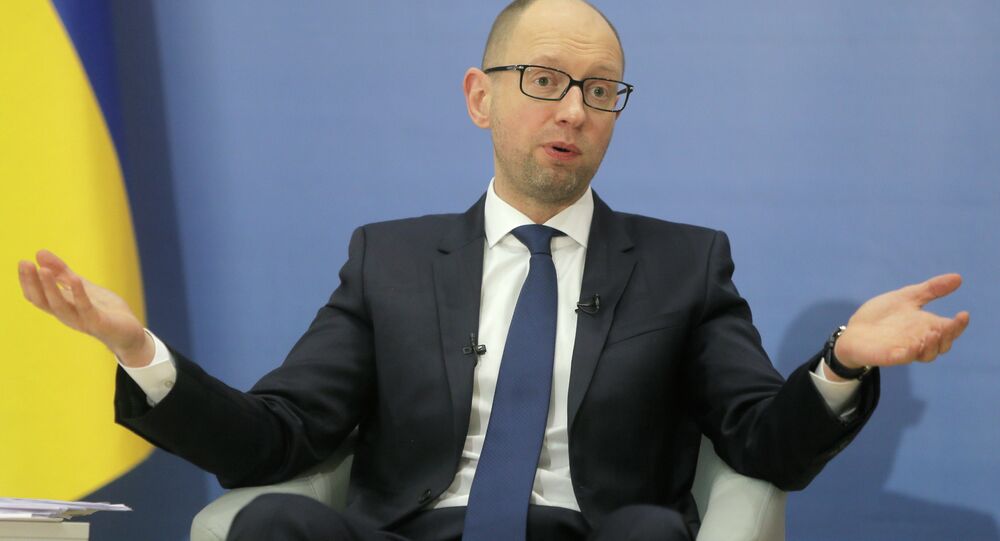 Ukrainian Prime Minister Yatsenyuk said hundreds of companies had closed due to the conflict in Donbass.

© Sputnik / Evgeny Kotenko
Ukrainian Parliament May Check Yatsenyuk for Corruption
KIEV (Sputnik) – Ukraine has lost 25 percent of its economy due to the conflict in the country’s eastern regions and hundreds of businesses have been closed, Ukrainian Prime Minister Arseniy Yatsenyuk said Tuesday.

“We have lost a quarter of the Ukrainian economy. Because of the war…hundreds of companies have been closed, but we were able to collect more taxes than last year,” Yatsenyuk said during a meeting with governors on the fulfillment of local budgets.

The standoff in the east has had a direct impact on the Ukrainian economy and the country’s national currency plummeted as the economy faced a looming default.

© AFP 2020 / YURY KIRNICHNY
Ukraine Must Adopt Decentralization Constitution Amendment Before Fall
Ukraine needs a new constitution, the main provisions of which should be approved in a referendum, the country’s prime minister said.

“The will of the people, expressed through a referendum, should define Ukraine’s new constitution,” Arseniy Yatsenyuk added.

Yatsenyuk claimed that the new constitution would give the Ukrainian regions more powers, and would introduce a European legal system.

Earlier in March, Ukrainian President Petro Poroshenko signed a decree to set up a commission to amend the country’s constitution.