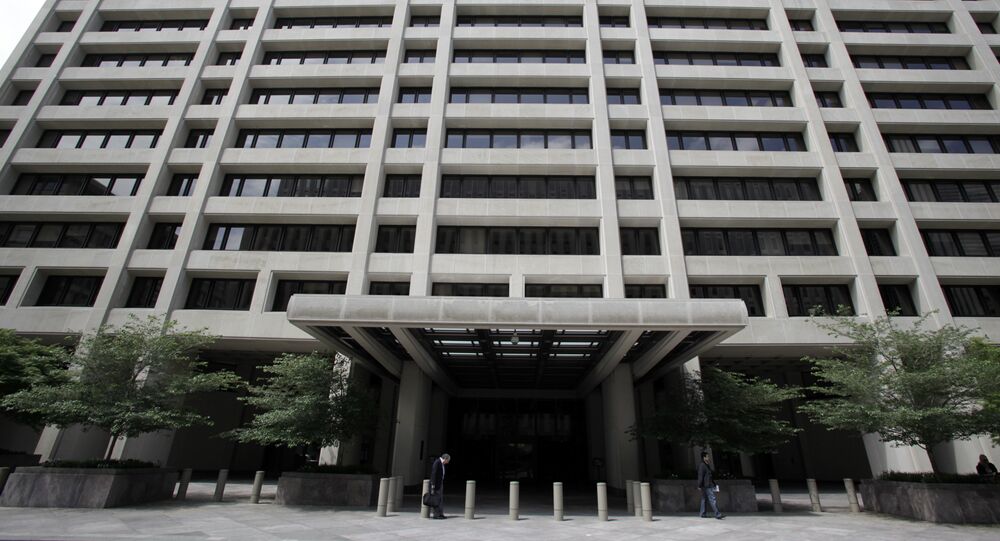 Russia will not receive a $3 billion bond owed by Ukraine this year, as International Monetary Fund projections clearly indicate.

© Sputnik / Andrey Stenin
Money for Nothing: German Media See Ukraine as a Bad Investment
The Ukrainian government is squaring up to its international creditors over its plan to restructure the country’s $15 billion debt over the next four years, part of an IMF rescue plan to plug a $40 billion hole in the economically troubled country’s finances, the Financial Times reported.

Anna Gelpern, a law professor at Georgetown University who was previously with the US Treasury, calculated that the IMF has already determined that the bond owned by Russia will be included in the restructuring.

The IMF’s plan hinges on co-operation from creditors to accept some sort of restructuring on their debt. This includes Russia, who is due to be repaid the $3 billion bond in December.

In all, Ukraine’s sovereign debt for last year amounted to a hefty 71 percent of GDP.

Ukrainian Finance Minister Natalie Jaresko earlier said she hoped the country would find a way to restructure $16 billion in state debt within the next two months.

Ukraine asked Russia to push back the bond repayment deadline. Russia refused, but agreed not to request the forward payments it was entitled to due to Kiev’s failure to meet some of its contractual obligations.

Money for Nothing: German Media See Ukraine as a Bad Investment