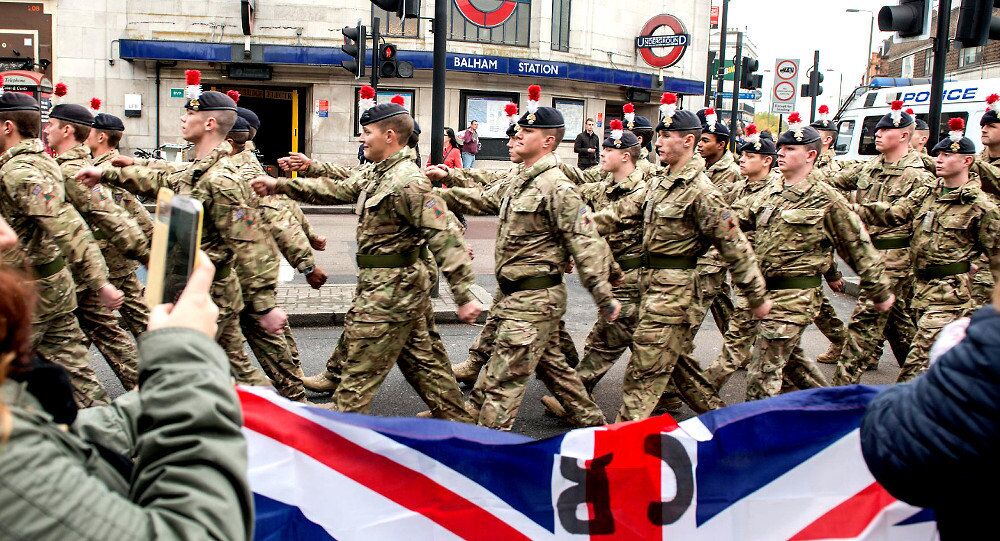 UK Finally Back-Pedalling Over 'Special' Relationship With the US

When UK Chancellor George Osborne failed four times to commit to defence spending targets, following his budget speech this week, he gave another hint demonstrating Britain’s wariness of playing second fiddle to the US.

Back-bench Conservative MPs were outraged when Osborne ducked the question four times about Britain’s commitment to maintaining a two percent of GDP target on defence spending, as set by the US-led NATO organisation at its meeting in Wales in 2014.

A recent study for the Royal United Services Institute (RUSI) showed that – on current spending plans and growth projections – the UK’s defence budget (excluding spending on any new operations) is set to fall to an estimated 1.88 percent of GDP in 2015/16. Further cuts in the 2015 Spending Review could see defence spending falling to between 1.5 in 2020/21.

Conservative MP Sir Gerald Howarth, a former defence minister, told the Daily Mail: "Defence of the realm is the first duty of government and in these very dangerous times it seems to be inexplicable that the Tory party is unable to commit to maintaining the defence budget at two percent in accordance with the NATO commitment."

Britain’s modest support for the coalition fighting against ISIL in Syria and Iraq, as well as its vow not to send any ground troops into Ukraine, is a clear sign that the government is wary of public opinion ahead of the general election in May.

A Chatham House/YouGov poll last week showed the British public have grown weary of UK forces following the US into global battles. Opinion-formers think promoting British business and trade should be the main focus of foreign policy.

The survey showed only 17 percent of the public say that the UK has a moral responsibility to support popular uprisings against dictators. The proportion of the public who think that the armed forces do the most to serve UK interests abroad has fallen from a peak of 53 percent in 2011 to just 38 percent in 2014.

Britain No Longer a Great Power?

The Chatham House commentary on the survey concluded: "The challenges for the next government, whatever its political hue, will be to strike the right balance between the desire to be a great power and the political and financial constraints on that ambition."

What really matters is what the UK spends its defence budget on, rather than how much it spends - Mary Kaldor #CHEvents

Both the Conservatives and Labour are also aware that the Iraq War remains a highly contentious issue, with many in Britain feeling that former Prime Minister Tony Blair played poodle to George W. Bush in the action to topple Saddam Hussein. Prior to the war, critics staged the biggest ever demonstration against going to war the country had seen in decades, with estimates of up to three million taking part.

© Flickr / UK Ministry of Defence
Bosom Buddies: Britain Vows to Stand by US, NATO Despite Defence Cuts
The Chilcot Inquiry into the reasons for going to war is expected to be critical of Blair and expose the close relationship between the UK and the US. The report has been suppressed by Westminster and civil servants until after the general election.

Osborne’s failure to commit to the two percent is a further sign that politicians are wary – ahead of the election – of showing too much enthusiasm for ‘bigging-up’ its special relationship with the US, nor its long-term commitment to playing a major role within NATO.