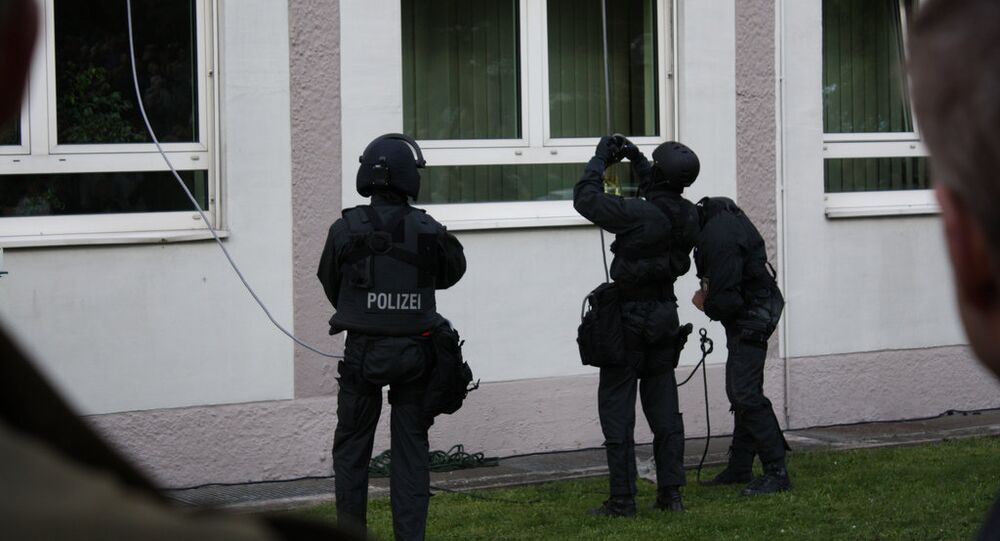 The German Interior Ministry will create a new elite unit that will be specifically trained to counter terrorist attacks nationwide.

The new elite unit, humorously dubbed GSG 4 ½, will serve as a bridge between the federal police force and its special unit GSG 9. The decision was taken in the wake of this year's terrorist attacks in Paris and Copenhagen.

The nation needs "a robust unit that can deal with such situations," Der Spiegel quoted Armin Schuster, an expert for inner affairs within the ruling CDU party. He said it was "the duty of the federal government to provide regions with such units in times of need."

© REUTERS / Hannibal Hanschke
Merkel: Germany Protects Citizens of All Confessions From Terrorism
The new unit is going to be equipped with short- and long-range weapons, armored vehicles and bullet-proof vest that will be able to withstand direct fire from assault rifles, like Kalashnikovs, according to the German daily.

This comes after reports in the German media revealed earlier this week that the federal police, its investigative agency, and the domestic security agency would receive an additional 328 million euros ($351 million) in 2016. Part of this money is expected to be invested in the new elite task force.

Germany has been tightening security in the wake of a series of deadly shootings by suspected Islamic extremists in and around Paris claimed the lives of 17 people in early January. The Paris atrocities are believed to have inspired another shooting spree in Copenhagen, Denmark, in which two people were killed.