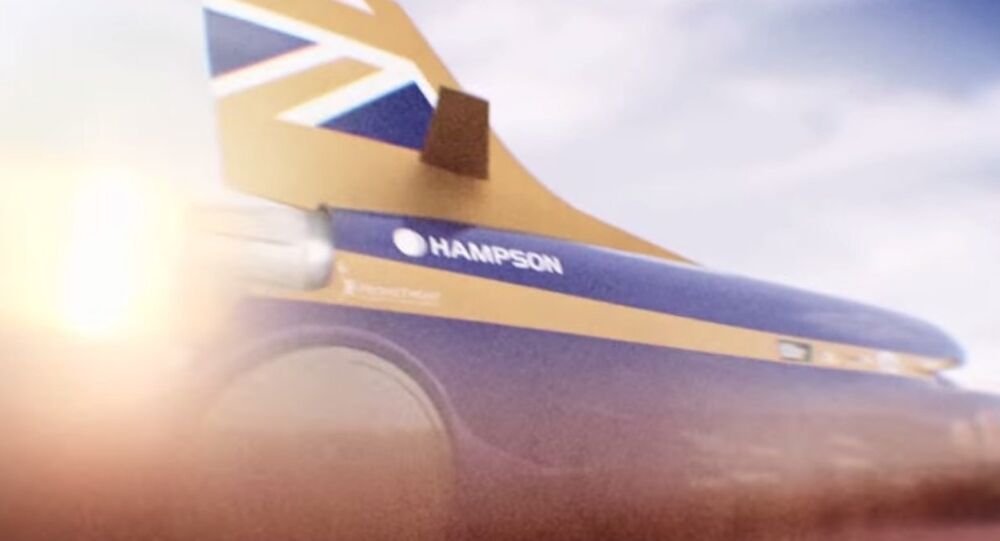 As part of a decade-long effort to break the land speed record, the team building the Bloodhound SSC rocket car is applying the finishing touches. In calculating every possible error, the dangers of such high speeds, the engineers have come to one conclusion: a 1,000 mph car is gonna need to be bullet-proof.

In 1997, British Royal Air Force pilot Andy Green broke the land speed record. With the ThrustSSC, a torpedo-shaped car that looks more like a Boeing 747 than an automobile, Green managed to reach a speed of 763.035 mph (1,227.986 km/h) while tearing across the alkali flats of Nevada’s Black Rock Desert. Fast enough to be supersonic, a speed usually achieved only by fighter jets.

Green is now leading a team to build a car which will travel even faster. Sleeker than the ThrustSSC, more aerodynamic, the Bloodhound SSC will use a Rolls-Royce EJ200 jet engine, the same kind used on Typhoon fighter planes. That’s a lot of horsepower, already, but the car also features a second engine, one typically used to launch satellites into orbit.

On top of that, the Bloodhound uses a third engine for gasoline.

© Flickr / Jimmys Daskalakis
The ThrustSSC, capable of a measly 763 mph.

“There’s also a Cosworth F1 engine in the back of the car which we use to supply the rocket with fuel at a rate of 50Kg per second,” lead engineer James Painter, told TechRadar. “So essentially we’ve got a Formula One engine as a fuel pump!”

All of which will be crucial if the car is to achieve its goal of reaching 1,000 mph in just 40 seconds. Just to put that in perspective, that’s so fast that if you blinked as it went, you might miss it. And at those speeds, even miniscule debris can cause significant damage and put the driver’s life in danger. Just as birds can pose a risk to airplanes, so too can small stones threaten rocket cars.

That’s why the engineers have reinforced the car’s body with ballistic panels which will protect the driver against any wayward rocks or loose car parts. As a test, the team launched a chunk of aluminum from a cannon at 2,2000 mph and observed it’s collision with the panel. 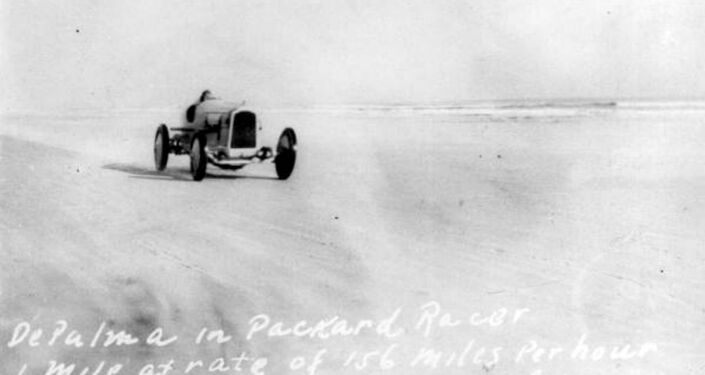 Public Domain
An early attempt at breaking the land speed record. Ralph DePalma in Florida in 1919.

While the aluminum broke through several layers of the tightly woven glass fibers, it did not make it all the way through. A sign of success.

While the team hasn’t indicated when the actual record breaking attempt will occur, but they hope to be ready within the next 18 months. They’ve already chosen a location for the run: the Hakskeen Pan in South Africa, with a surface so flat that its only change in elevation is the very curvature of the Earth.

Because even engineering’s brightest can’t do anything about the curvature of the Earth. Hopefully the car doesn’t drive off the surface of the planet. But if it does, let’s be honest – it’s probably got the engine capacity to make it in space.