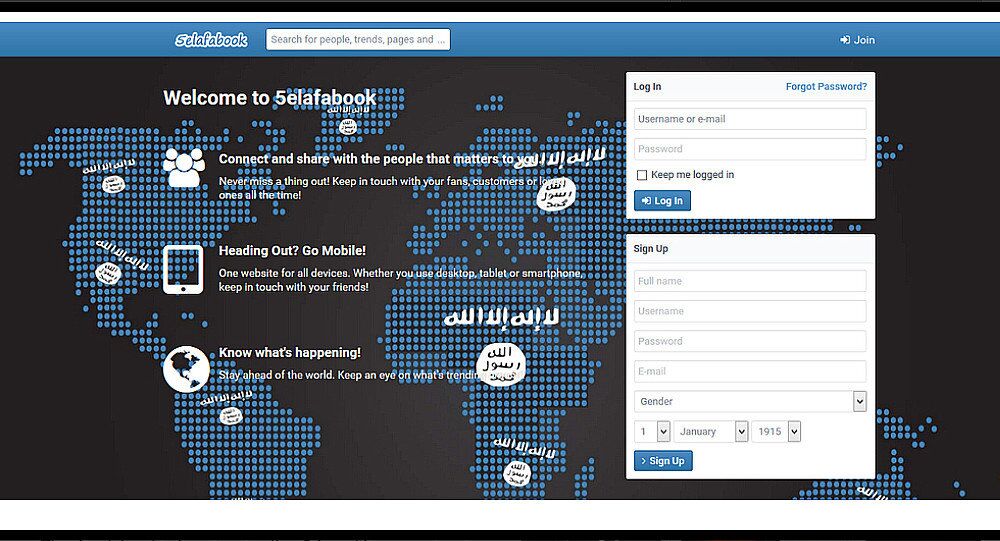 The families of three London schoolgirls who have fled to support ISIL in Syria have hit out at British authorities for failing to warn them of their daughters' radicalisation on social media, after it was revealed ISIL has launched its own version of Facebook.

The schoolgirls, Shamima Begum, 15, Khadija Sultana, 16, and Amira Abase, 15, travelled from East London to Turkey last month and then crossed into ISIL-controlled areas of Syria. Their families, giving evidence to the House of Commons Home Affairs Committee, say the British police and intelligence services failed to give them information that could have stopped their daughters going to Syria.

The families say that, despite bans and blockages of Islamic State supporters on Facebook and other media, their daughters were radicalised over the internet and that the police were aware of their links with another 15-year-old school friend of the girls, who disappeared two months earlier.

Islamic State supporters this week launched their own version of Facebook, CaliphateBook, to continue to lure young people to join their campaign to create an Islamic caliphate in the Middle East, in an effort to combat being blocked from Facebook and other social media sites.

The relatives, Hussen Abase, the father of Amira Abase; Fahmida Aziz, first cousin to Khadija Sultana; Sahima Begum, older sister of Shamima Begum; and Tasnime Akunjee, their solicitor, were giving evidence to the committee of MPs after revealing that British police had written letters to the parents saying their children had known the pupil who had gone abroad, and asked to take a formal statement from the three girls. However, instead of giving the letters directly to the parents, the police gave the letters to the girls, who hid them in their bedrooms.

Tasnime Akunjee told the MPs that the Metropolitan police had mishandled the case from the start.

He said the families were concerned that the letters had been given to the girls and not to the parents. "On top of that, we had a particular police officer who was involved in the reading of this letter — at the school — to the children and also handed those letters to the kids. That same officer happens now to be a liaison officer for one of the families.

"Now, the families were obviously concerned that the letter never made it through to them through independent channels, avoiding the children themselves. But the officer concerned gave the indication it was the school that should have done so," he said.

"If we'd received the letter directly, we would have contacted the police and I would have spoken to my sister and I would have said 'hold on, if [the missing girl] was a close friend of yours, what do you know and how much information can you give?'"

The families said the police had made several visits to the school — the Bethnal Green Academy — while investigating the possible radicalisation of girls, but had failed to alert the parents.

The families say ISIL supporters make every use of social media, which can be quickly used to attract new recruits.

The latest site, 5elafabook.com, which resembled Facebook but appeared unfinished, went live on Sunday, then went offline again a day later and its linked Twitter account was shut down, according to Reuters.

A message in English posted on its front page said it had temporarily suspended operations to "protect the information and details of its members and their safety". It was unclear who created 5elafabook.com — a name based on an English transliteration of the Arabic word for caliphate 'khelafa' — or how many members it attracted.

But it went on to say the militant group was expanding across the whole world "by Allah's permission". The original website showed a map of the world dotted with Islamic State's trademark Arabic insignia.