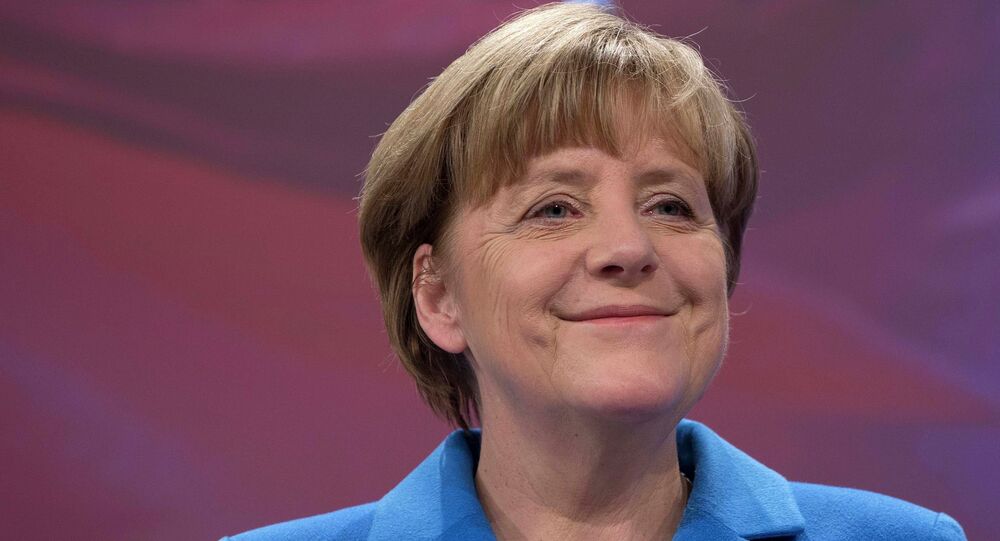 DPR official sent his congratulations to Angela Merkel on International Women's Day and asked her to pay more attention to the terrible plight of women in Donbas.

© Sputnik / Michael Klimentyev
Putin, Merkel Discuss Donbas Situation, OSCE Mission Role With Poroshenko
“On behalf of all men from Donbas, I send you congratulations on International Women’s Day… I beg you to pay attention to the terrible plight of women in our republic. The war started by the junta in Kiev against our people and the economic blockade of our region organized by the Ukrainian Nazis resulted in more and more widows and orphans among our women.” – the representative of the DPR said.

Purgin also called Merkel to put pressure on the Ukrainian government, so it would recognize the independence of Donbas.

“If for them [Kiev], our Donetsk Republic is alien land outside the rule of law, and we, the residents of Donbas, are their enemies that need to be bombed and starved, then let them be consistent through the end. Let them recognize our independence from Ukraine,” Purgin said.

Death Toll in Donetsk Mine Rises to 24, Fate of 9 Unknown - DPR Officials

DPR in Talks With Kiev on Returning Bodies of Dead Soldiers