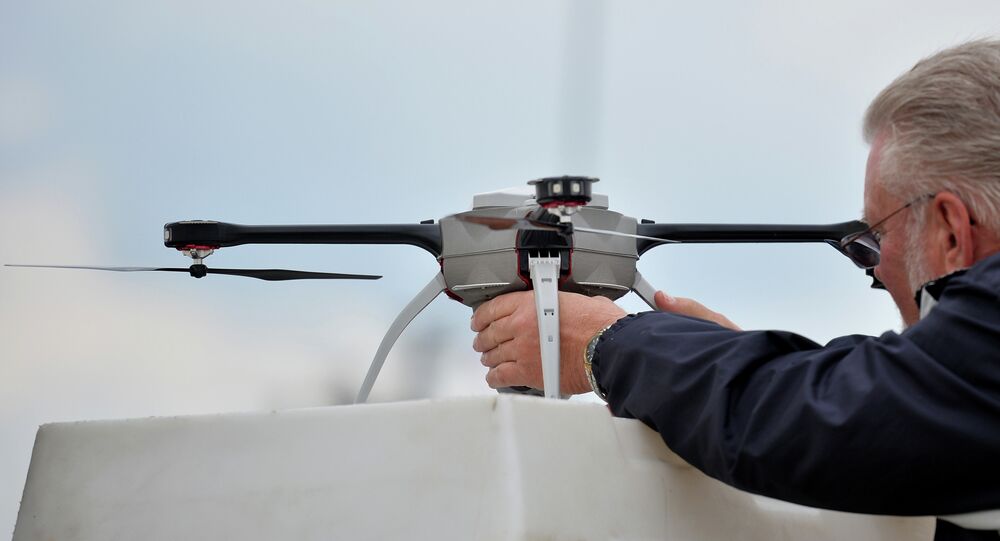 © AFP 2020 / JUSTIN TALLIS
Police Arrest Four People During Drone Protests at Airfield in UK
MOSCOW (Sputnik) — British citizens should have the opportunity to track drones with apps on their smartphones, a UK House of Lords committee said in a report released Thursday.

The House of Lords' European Union Committee urged in the report for cooperation with the NASA, which is currently conducting research into a possible tracking system for commercially used drones.

"There is persuasive evidence that such a RPAS [remotely piloted aircraft systems] flight notification system could be Internet-based, or app-based, and would not be resource intensive; it could achieve a high degree of penetration given the prevalence of smartphone use," the report said.

A pilot identification system to enforce legislation governing the use of unmanned aerial vehicles, was recommended in the report that evaluated the European Commission's plans to make Europe a global leader in the drone industry.

© Sputnik / Aleksandr Utkin
UK Police Warn Drone Owners Against UAVs Flights Near London's Top Sights
In the report, the committee expressed support for the European Commission's aims to establish an internal market in Europe for the commercial use of drones. However, it cautioned that closer attention should be paid to the technological requirements of the industry.

The report also said that the misuse of drones by leisure users could undermine public perception of the technology and potentially endanger the development of a commercial drone market.

The issue of the commercial use of drones is gaining momentum around the world. Previously, drones were mainly used for military purposes, however, more and more private companies are showing interest in employing drones for their services, including Google and Amazon, among others.

According to the report, hundreds of companies in the United Kingdom alone use drones to provide such services as photography, land surveying, building inspection, and crop analysis.

UK to Use Drones for Surveillance Missions in Syria: Defense Secretary