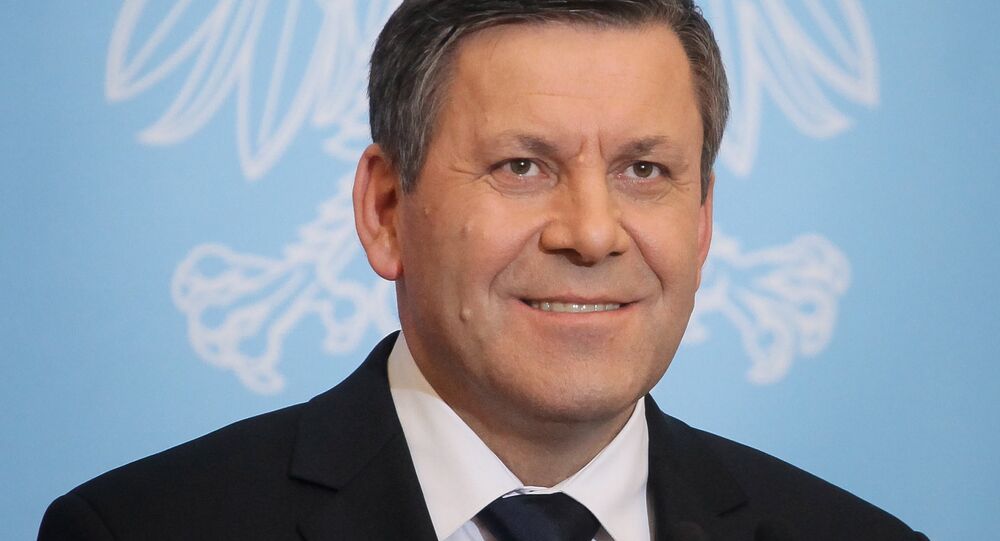 "Unfortunately, the elites have disappointed. One year ago it seemed that Ukraine was on course to become a stable, predictable democracy of our sphere of values," Piechocinski noted in an interview for Reuters news agency published Tuesday.

© East News / AGENCJA SE/TOMASZ RADZIK
Polish MEP Threatens to 'Push Russia Away From Our Borders'
“In a black scenario of developments in Ukraine, one cannot exclude an inflow of a few hundred thousand emigrants to Poland. Looking at what has happened during the last year, one has to take into account all scenarios and be ready,” Piechocinski noted. The Deputy Prime Minister added that the current economic "signals which are coming from Ukraine are very disturbing, because the economy there is beginning to disintegrate, economic ties are beginning to disintegrate."

Piechocinski, the leader of the center-right Polish People's Party (Polskie Stronnictwo Ludowe), the junior parliamentary coalition partner with the heavily pro-Kiev Civic Platform party, has had to defend Adam Jurabas, his party's candidate in the upcoming presidential elections, to be held in May, for being too soft on Russia. Jarubas had earlier stated that the anti-Russian stance taken by Poland over Ukraine did not gain it any political leverage, resulting only in economic losses stemming from sanctions.

Jurabas is not the only presidential candidate calling for improved relations with Russia. Democratic Left Alliance candidate Magdalena Ogorek made headlines last month by noting that it's high time for Poland and Russia to hold neighborly talks to work out their differences. Last week, libertarian Congress of the New Right party candidate Jacek Wilk, also noted that it's time to end the animosity, telling Sputnik  that "the existing tensions, diplomatic conflict and what not are the result of ill-conceived actions taken by our politicians."