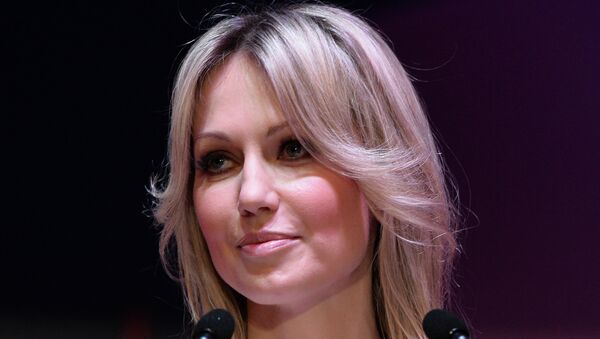 The presidential candidate from Poland's social democrats says it's time for Poland to work on improving diplomatic relations with Russia.

Polish Democratic Left Alliance presidential candidate Magdalena Ogorek criticizes what she believes is an overly hostile position by Poland in relation to Russia, suggesting that Poland and the West bear some of the blame for the breakdown of relations.

Speaking at a Sojusz Lewicy Demokratycznej (SLD) event inaugurating her campaign for the upcoming May 10 presidential elections on Saturday night, Ogorek explained that whatever happens, "Russia is and will remain our neighbor," and that Poland could not afford to be considered "enemy No.1" by the Russian media. Furthermore, she noted that unlike incumbent Bronislaw Komorowski, she "would not be afraid to answer messages from Vladimir Putin," and would even take the initiative and "pick up the phone and call him."

Ogorek told attendees that while her party condemns what it sees as Russian interference in Ukraine, the need for communication and negotiation is ever-present in this time of crisis.

Ogorek, a 35-year-old former civil servant, television presenter, actress and lecturer with a doctorate in history, is presently running at around 10-12 percent in the polls, and is up against popular incumbent Komorowski, who is expected by political analysts to win in either the first or second round in the upcoming elections.

Polish and Western political commentators alike have criticized the SLD's decision to make Ogorek the party's candidate, noting her youth and political inexperience, as well as trivialities like the fact that her name means 'cucumber' in Polish. Ogorek first appeared on the political scene in 2011, running, unsuccessfully, for a seat in the country's parliament. But the once powerful SLD has decided to take the risk with Ogorek, party leader Leszek Miller calling the campaign "a symbol of change" and "the opening up of Polish politics to a young European generation." In addition to May's presidential elections, the country will also face parliamentary elections in October, and Ogorek's calls to "unleash the power of youth and entrepreneurs" are believed to be geared as much toward the October vote as toward the one in May.