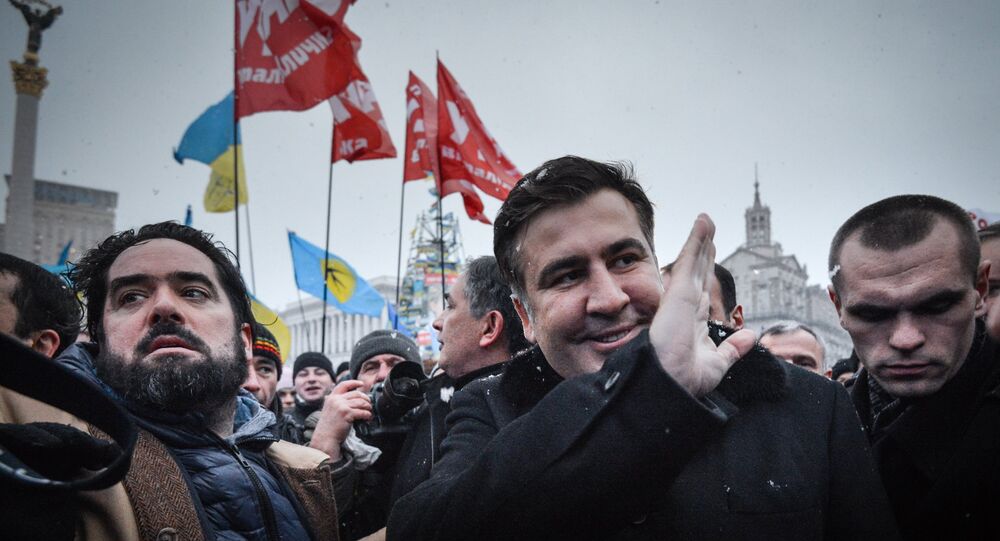 Mikheil Saakashvili's United National Movement party has announced that it will mass anti-government protests, in what officials are calling a plan to return to power through a coup.

In a communique to his supporters, which has been circulated Georgian media, Saakashvili calls for mass protests similar to the 2013-2014 Euromaidan protests in Ukraine.

"Create a second 'Maidan,' cause chaos… there will be money and support."

Saakashvili's party has already responded to the request, announcing anti-government protests on March 21, using Georgia's economic situation as the motivation.

"Other than the government having no concrete plan, they are not listening to the people. That is why we, as an opposition force, must make it so that they hear our voice," the party announced.

"Saakashvili wants to return to power through a coup."

In recent weeks, Georgia's national currency, the lari, has devalued by almost 24 percent in recent weeks following similar trends in neighboring Azerbaijan. Members of the opposition and experts have blamed the government's economic policy for the devaluation.

Non-government organizations in Georgia have responded to the announcement by protesting against the planned anti-government protest outside of the UNM headquarters. Protesters burned a banner displaying the party's members and threw eggs at the party building, which led police to detain six of the protesters.