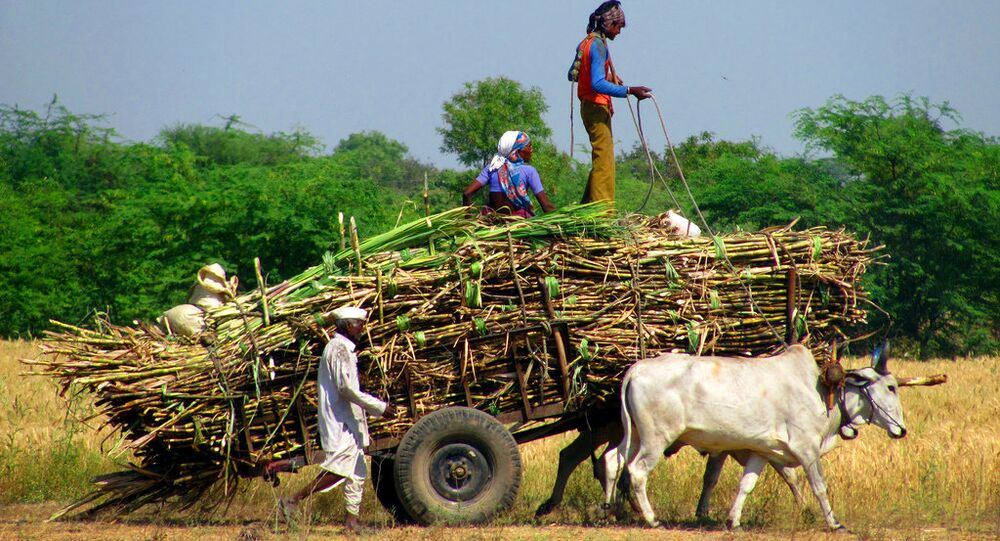 A decision to lift a cap on European sugar beet production by 2017 is threatening to throw hundreds of thousands of sugar cane farmers in Africa, the Caribbean and the Pacific into poverty.

The decision by the European Union to lift the cap on sugar beet production by 2017, will mean small-scale sugar cane farmers in African, Caribbean and Pacific (APC) and Least Developed Countries (LDC) — including former British colonies such as Jamaica — will struggle to compete with European sugar beet farmers, who receive subsidies from the EU.

According to the UK Department for International Development's (DFID's) own research, the end of the beet sugar quota could push 200,000 people in developing countries into poverty by 2020. The EU decision will hit the APC and LDC nations harder, as there has been a huge drop in the global sugar price, which has halved in three years.

#DidYouKnow: #Sugar farmers can build better lives for their families when you choose #FairTrade! pic.twitter.com/f6XTuHQzhx

"Sugar is the backbone of our economy and the source of our income," said Paulette Richards, a sugar cane farmer and secretary of the Trelawney & St James Cane Growers Association in Jamaica, where about 8 percent of the population earn their living directly or indirectly from sugar cane.

"If we hadn't the sugar industry… children would not be able to go to school effectively, shops would close, bakeries would close, it would affect every individual."

According to the Fairtrade Foundation's ‘Sugar Crash' report, the EU decision will also impact on Fairtrade sugar, which has changed the lives of more than 62,000 small-scale sugar cane farmers in developing countries by enabling them to increase their productivity and invest in a wide range of community projects such as educational grants, health clinics, and access to safe drinking water.

There are people’s lives in our shopping baskets, lets buy #Fairtrade sugar http://t.co/XWlpRd0vpp

"Fairtrade goes beyond extra payments, it's about creating new opportunities," said Alexia Ludford, a sugar cane farmer from Jamaica, who is in the UK to launch Fairtrade's report.

"The farmers benefit, the community benefits, kids benefits, everyone benefits."

#Fairtrade sugar farmers at Worthy Park have bought donkeys to help bring the cut cane up the hillside for collection pic.twitter.com/H4ej7IEcrD

Michael Gidney, Chief Executive at the Fairtrade Foundation, said: "We cannot stand by and watch as thousands of sugar cane farmers in developing countries, who have supplied the UK for generations — and in some cases, been encouraged with EU funds to grow more sugar — lose their livelihoods. This is not a levelling of the playing field, because European beet sugar farmers get a subsidy from the EU.

"We need a new approach that puts farmers first. We're calling on the EU to bring together government, business and civil society, to find and fund solutions that will support sugar cane farmers to stay in the game, find new markets or diversify. Crucially, they must involve sugar farmers in the process — and as a quarter of the EU's sugar imports from these countries comes to the UK, DFID must play a lead role."

Gidney is calling on British shoppers to stand by the sugar cane farmers that have been failed by politics, by choosing Fairtrade sugar or asking their supermarket to stock it.