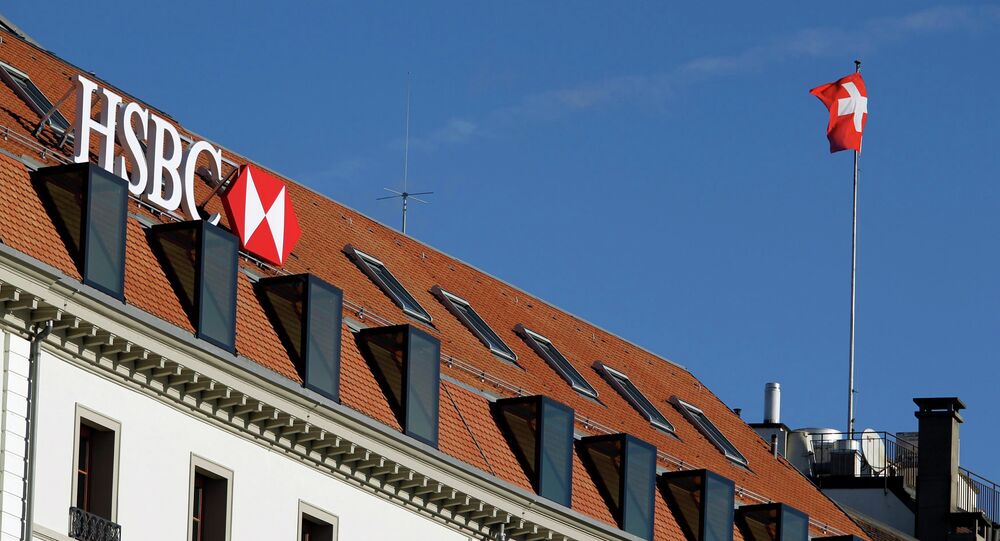 © REUTERS
HSBC Stays Schtum Over Advertising Threat
Raids on two separate offices in Geneva took place in connection to an investigation on the bank over "persons unknown for suspected aggravated money-laundering," punishable by fines and prison terms of up to five years. An HSBC statement released Wednesday stated that "we have cooperated continuously with the Swiss authorities since first becoming aware of the data theft in 2008 and we continue to cooperate."

Geneva Attorney General Olivier Jornot briefed reporters on the raids and noted that their goal is "to verify if the information that has been made public [is] well-founded and if de facto reproaches can be made, whether it be towards the bank, or towards physical persons, like collaborators or clients." Jornot noted that "as of now, we aim at securing all the information concerning the accounts and clients who have been mentioned as detaining funds resulting from criminal offences." The attorney general added that "what we are looking for today is not yet proof. What we are looking for today are all documents, all information which will then allow us to make an analysis."

© Flickr / Elliott Brown
HSBC Makes Full-Page Newspaper Apology for Swiss Banking Scam
HSBC found itself in hot water earlier this month after it was revealed that the bank may have deliberately assisted wealthy customers in evading hundreds of millions of dollars-worth of taxes over the course of more than a decade. Investigations into the alleged wrong-doing have been launched in France, Belgium, Austria, the US and Argentina, but not in the UK. British Prime Minister David Cameron's Trade Minister, Lord Stephen Green, is believed to be implicated in the scandal, having served as the chairman of the bank during the period when large-scale money-laundering allegedly took place.

The revelations of wrong-doing were issued first issued by former bank employee and whistleblower Herve Falciani in 2008. Wednesday's raids may have been meant as a symbolic gesture marking Swiss authorities decision to begin an investigation into the matter. Swiss authorities had earlier indicted Falciani, who had fled to Spain, charging him with industrial espionage and breaking banking secrecy laws. Attorney General Jornot noted that Falciani's information could not be admitted as evidence for the investigation, since it was stolen.

Senate Demands Answers From US Government Over HSBC Tax Scandal