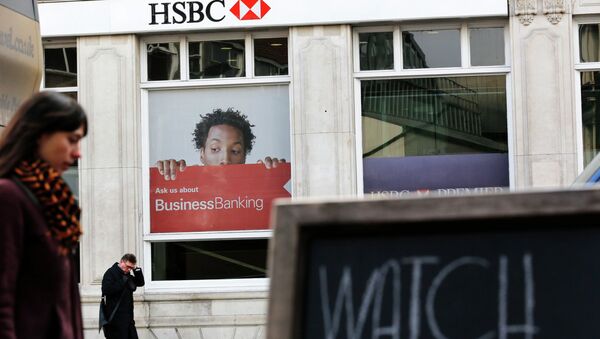 HSBC, the bank embroiled in a UK tax avoidance row, has refused to comment on claims it used its advertising weight to cow a leading UK newspaper into toning down its coverage of the scandal.

The allegations follow the resignation of the former chief political commentator at the Daily Telegraph Peter Oborne, who accused the paper of committing a "fraud on its readers" by deliberately suppressing stories to preserve advertising revenue from HSBC.

HSBC is under investigation in several countries, following allegations that it used its private banking arm in Switzerland to offer clients in the UK and abroad tax avoidance schemes. However, although the case has dominated UK media outlets, Oborne claims the story has been suppressed in the Daily Telegraph.

Why I have resigned from the Daily Telegraph: https://t.co/dgqWwfo9LC

Writing on openDemocracy, Oborne said he had written a story about HSBC, which was not used in the paper. "When it was not published I made enquiries. I was fobbed off with excuses, then told there was a legal problem. When I asked the legal department, the lawyers were unaware of any difficulty. When I pushed the point, an executive took me aside and said that ‘there is a bit of an issue' with HSBC," he wrote.

He hinted that the Daily Telegraph was being wary of upsetting HSBC, as the banking giant was a significant advertiser with the paper. Oborne wrote:

"The Telegraph's recent coverage of HSBC amounts to a form of fraud on its readers. It has been placing what it perceives to be the interests of a major international bank above its duty to bring the news to Telegraph readers. There is only one word to describe this situation: terrible."

Sputnik contacted HSBC's media office on February 18 and asked for a comment on the allegations that the bank had used its advertising weight to influence the Daily Telegraph. The spokeswoman said the bank has no comment to make. The Daily Telegraph said Oborne's accusations amounted to an "astonishing and unfounded attack".

The UK's Treasury Committee is to examine allegations by whistle-blower Herve Falciani, a former IT worker for HSBC, who said UK tax authorities would have known about the stolen list of clients of HSBC's Swiss private bank when it was given to French officials.

Please be upstanding for @OborneTweets' rare, courageous and extremely important whistleblowing. May others follow! https://t.co/YsKIIFEmCc

HSBC is also facing questions from the Financial Conduct Authority which said it was "working closely with the firm and other agencies which have an interest in this matter to ensure that any questions this may raise in relation to any current practices and culture of HSBC are addressed".

David and Frederick Barclay — the reclusive owners of the Telegraph — are estimated to be worth £6 billion and lease the island of Brecqhou, off the coast of Sark. They also reside in Monaco and, in 2012 Frederick told The Times: "Sir David and I left the UK over 23 years ago for health reasons and not for tax reasons in any shape or form."

But it still leaves taxing questions for the Telegraph.