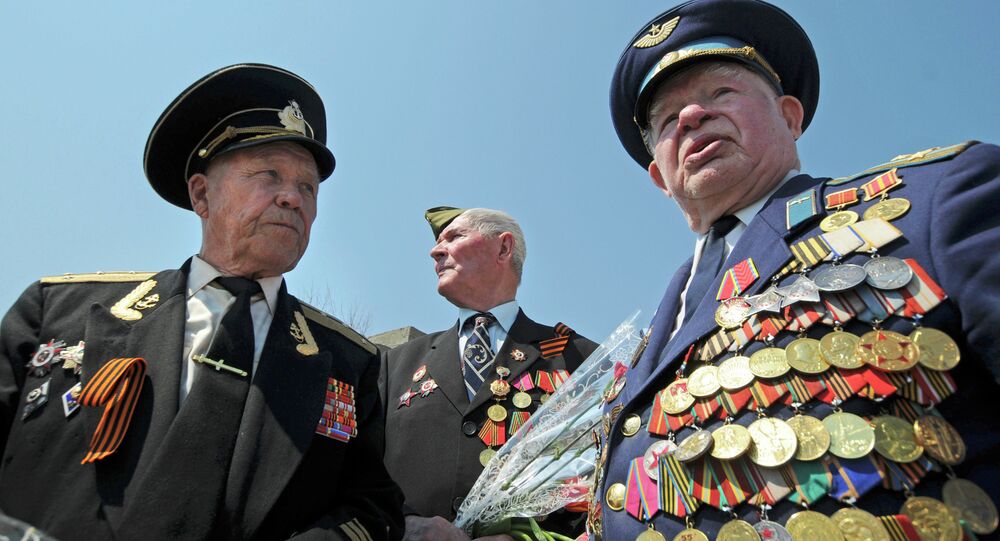 World War II veterans gathered at a round table in Volgograd titled "The lesson of memory" wrote an open letter to German Chancellor Angela Merkel asking to explain European attitude to Nazism in modern Ukraine and rewriting the history.

© REUTERS / Pawel Ulatowski
Moscow Says Poland Talking 'Nonesense' Over Auschwitz Liberation Claim
MOSCOW, January 22 (Sputnik) — World War II veterans from the Russian city of Volgograd have appealed to German Chancellor Angela Merkel asking her to explain why the West is complicit in the revival of Nazism in Ukraine, the city's administration said Thursday.

A round table in Volgograd titled "The lesson of memory" gathered WWII veterans, representatives of public organizations, students and university professors to discuss the consequences of Nazism and ways to overcome it. After the meeting the veterans wrote a letter addressed to Merkel.

"The truth is, Frau Merkel, that Ukraine is facing a full-scale resurgence of Nazism!.. But the West has a very strange stance, which is not clear to us. It could be interpreted as support for the Ukrainian Nazis. Why are the European nations looking quietly on at the mass violence in Ukraine? What is the genuine goal of economic sanctions — to weaken Russia as a nation, to support Nazism in Ukraine?… We would like to know your opinion on this," the letter reads.

They reminded the Chancellor of the lessons learned in WWII and that rewriting history could cause a revival of Nazism.

© AP Photo / Markus Schreiber
Yatsenyuk Rewrites History: ‘USSR Invaded Germany’
"We personally, with superhuman efforts, changed the course of history. And we cannot allow a recurrence of Nazism to happen. And we are offering to fight it [Nazism] together," the veterans said in the letter.

On January 8, Ukrainian Prime Minister Arseniy Yatsenyuk told the German TV channel ARD that "all of us clearly remember the Soviet invasion of Ukraine and Germany," accusing Russia of rewriting the history of World War II.

Yatsenyuk's controversial remarks triggered a wave of outrage among Russian politicians. Alexei Pushkov, the head of the foreign affairs committee in Russia's State Duma noted the statements made by Yatsenyuk and Schetyna will not be able to distort history.