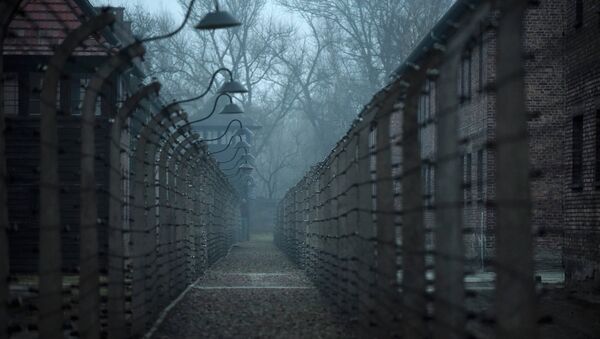 © REUTERS / Pawel Ulatowski
Subscribe
Russia's State Duma Speaker Sergei Naryshkin stated that statement by Poland's foreign minister that the concentration camp at Auschwitz, Poland was liberated by Ukrainians is nonsense from a historical point of view.

Russia Upset at Polish Attempts to Rewrite Auschwitz History
MOSCOW, January 22 (Sputnik) –  The statement by Poland's foreign minister that the concentration camp at Auschwitz, Poland was liberated by Ukrainians is nonsense from a historical point of view, while from a political perspective is a desire to rewrite history, Russia's State Duma Speaker Sergei Naryshkin said Thursday.

"From the point of view of history, it is a falsification and obvious nonsense. Well, I think that from a political perspective, it is the desire to rewrite history for political purposes," Naryshkin told reporters.

On January 27, 1945, the Soviet Red Army, consisting of Russian, Ukrainian, Belarusian, Armenian and other soldiers from the Soviet Union, liberated the Auschwitz-Birkenau concentration camp.

On Tuesday, January 27, a ceremony commemorating the anniversary of Auschwitz-Birkenau's liberation will be held at a museum on the site of the former Nazi concentration camp. More than 1.5 million people were killed in German concentration camps during World War II. Auschwitz was the largest and one of the most notorious of the death camps and subsequently became a symbol of the Holocaust.