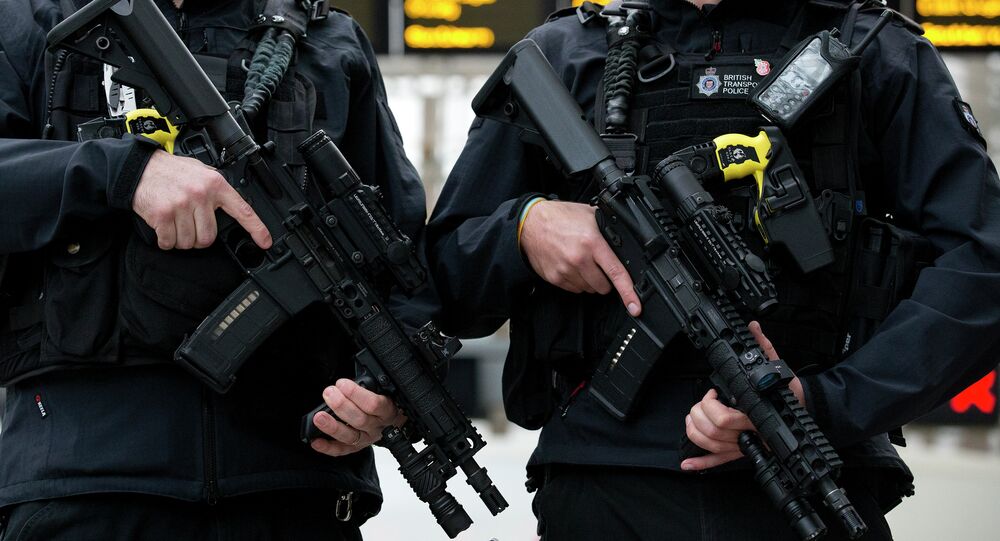 An alarm system detecting gunfire will automatically alert authorities to a live incident and will remove the need to make emergency calls in the first place, cutting response times by several minutes and saving lives in the process.

© REUTERS / Suzanne Plunkett
UK Home Secretary Urges to Tighten Security Ahead of Holocaust Victims Day
MOSCOW, January 20 (Sputnik) — Politicians have proposed the installation of gunfire detectors in public places in Greater London, which will enable the police to respond more rapidly in the event of terrorist attacks, newspaper The Telegraph reported Tuesday.

"An alarm system detecting gunfire would automatically alert authorities to a live incident. It would remove the need to make emergency calls in the first place, cutting response times by several minutes and saving lives in the process," the Greater London Authority's Conservative crime spokesperson, Roger Evans, was quoted as saying by The Telegraph.

Evans, along with other Greater London Authority politicians, proposed the installation of the detectors in 50 public buildings including train stations, shopping centers, museums and hospitals without disclosing the list of those places, the newspaper reported.

© AP Photo / Lefteris Pitarakis
Britain First Party Launches ‘Christian Patrols’ to Oppose 'Muslim Gangs'
The detectors make use of microphones and infra red cameras to alert the police in the event of a terrorist attack.

Similar equipment is already in use in public buildings, including schools, in the United States.

Earlier in January, UK Home Secretary Theresa May said that the country's terrorist threat was at a high level. It was raised after the terror attacks against French weekly magazine Charlie Hebdo, in which 12 people were killed.