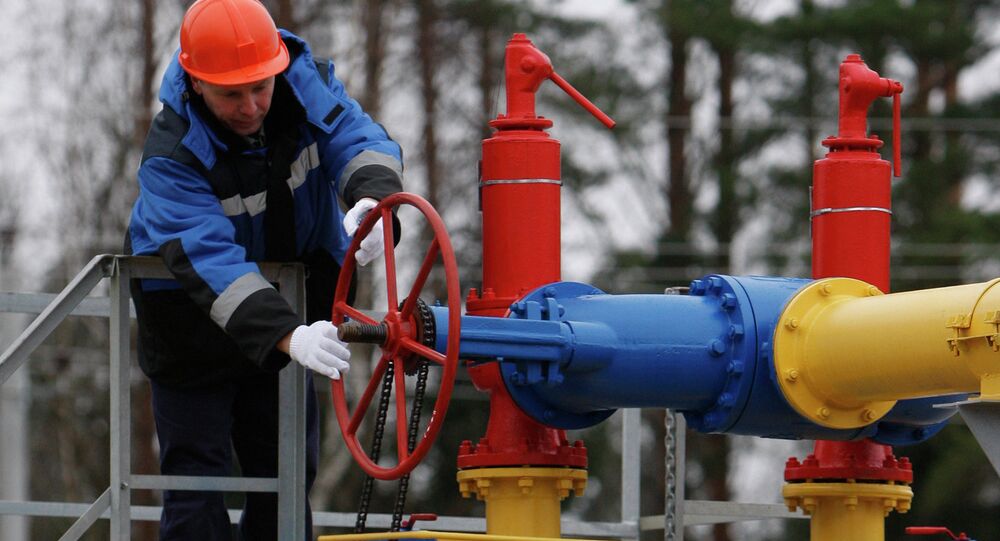 A Greek official calls Russia's decision to change the gas route to Turkey as entirely justified, underlining Greece's willingness to support gas supplies to the country and through it to other European countries.

“Russia’s decision to change the gas route to Turkey sounds entirely justified. Russia cannot be held ‘hostage’ by stupid and illogical EU politics. It is Europe who has to stop Ukrainian provocations in Donetsk and Luhansk regions and by doing so guarantee regular gas supplies to Europe”, member of the Council of the Greek-Russian Chamber of Trade Dimitris Velanis told Sputnik.

“The EU has imposed sanctions on Russia that undermine the development of bilateral energy cooperation, but at the same time it accuses Russia of refusing to supply gas. This is where a double standard in policy can be seen, and in the end it will boomerang on Europe”, he added.

The expert underlined that the Greek government is ready “to support any Russian decision concerning gas supplies to Greece and through Greece to other European countries”.

According to Velanis, the Greeks are extremely interested in developing energy cooperation with Russia, as “any child could understand that neither American shale gas, nor the Baku Trans Adriatic pipeline is enough to satisfy European demand for gas”.

Gazprom
Russia Could Shelve South Stream if EU Sees No Risk in Ukraine Gas Transit
In December 2014, Russian President Vladimir Putin announced that Moscow had been forced to scrap its long-overdue South Stream project, intended to serve as a means of avoiding passage through Ukraine, citing continued opposition from Brussels. The so-called Turkish Stream is an alternative route that will run under the Black Sea to Turkey and onward to Europe, with a gas hub also planned on the Turkish-Greek border.

“The 50 billion cubic meters of gas per year, that will be accumulated in Turkey's border with Greece are a great opportunity for Greece to upgrade its geopolitical role”, Petrakos elaborated.

Petrakos, who is also in charge of the leading Syriza party’s energy policy, underlined: “The new government of Syriza, after 25th January [parliamentary elections in Greece] will help to upgrade the energy role of Greece and is ready to discuss the splitting of the Hub between Turkey and Greece.”

According to Petrakos, with the creation of the dual hub, Greece will become an important factor in supplying Europe with Russian gas.

Greece will hold snap parliamentary elections on January 25. The country’s parliament failed to elect a president in the third and final round of voting on December 29, 2014, and was subsequently dissolved. Polls show that Eurosceptic party Syriza is most likely to win the forthcoming vote.