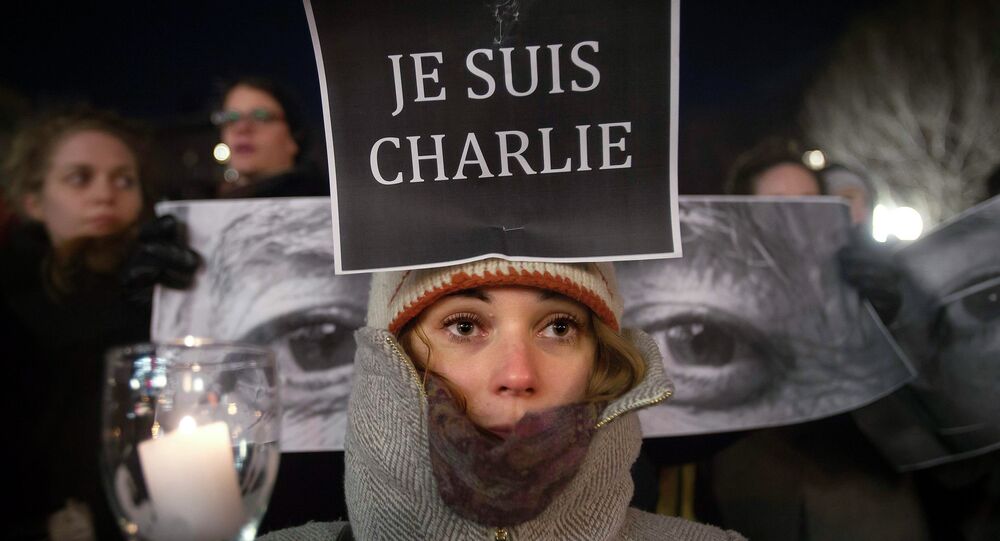 Friends of the youngest of the three suspects, 18-year-old Hamyd Mourad, claim Mourad was at the lycee in Charleville-Mezieres at the time of the attack.

Friends of the youngest of the three suspects, 18-year-old Hamyd Mourad, claim Mourad was at the lycee in Charleville-Mezieres at the time of the attack, the TV Channel reported.

"According to our information, his alibi may be considered as supported," iTele said.

It was reported earlier that Hamyd Mourad turned himself in to police claiming he is innocent. Monde newspaper reported that there had been no arrests so far, and the police were conducting checks.

The two other suspects of the attack are Said and Cherif Kouach — French nationals of Algerian origin in their 30s. The police published their photos, appealing to the public for information on their whereabouts.

French anti-terror squads have launched a manhunt to arrest the attackers, in particular in the northeastern city of Reims and the nearby town of Charleville-Mezieres.