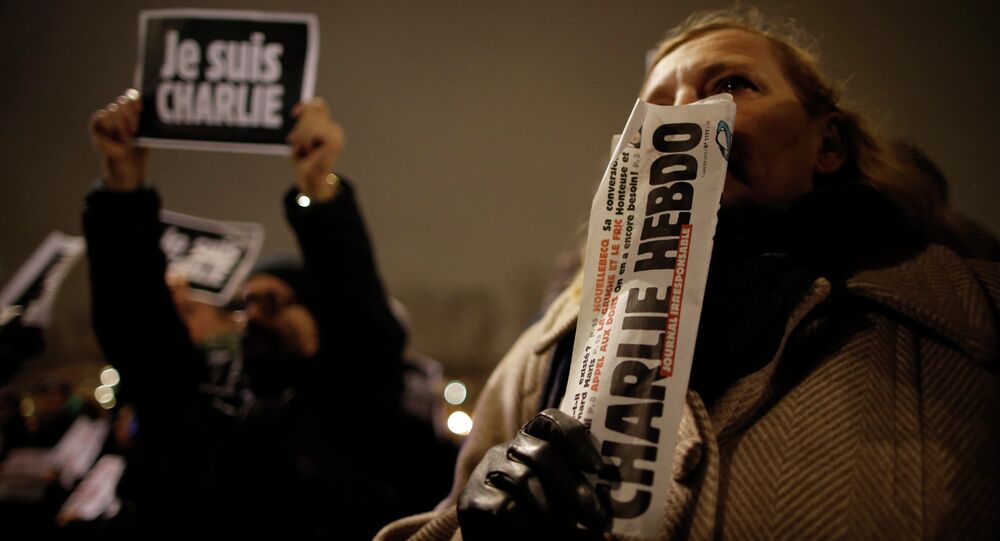 Thousands of people are gathering at the Parisian Place de la Republique to express their support for freedom of speech in France after a terrorist attack on the Charlie Hebdo magazine's office.

Participants in the peaceful demonstration are holding up posters with "Je suis Charlie" ("I am Charlie" in English) written on them, which is the same wording that appears on the magazine's official website that went down after the attack.

RT @StanTouchot: Parisians gather at Place de la République "for freedom of the press, democracy, and the Republic." pic.twitter.com/3o3Jc33U2l

On Wednesday, three masked men opened fire in the editorial office of the satirical weekly magazine in Paris, killing 12 people, 10 of them journalists and two police officers. The magazine's editor Stephane Charbonnier is among those killed in the attack.

According to the Je suis Charlie community page on Facebook, other locations for demonstrations include Madrid, Brussels, Geneva, London, Rome, Berlin and Montreal.

The same day, French President Francois Hollande said that French authorities would track the perpetrators of the attack down to bring those responsible to justice.