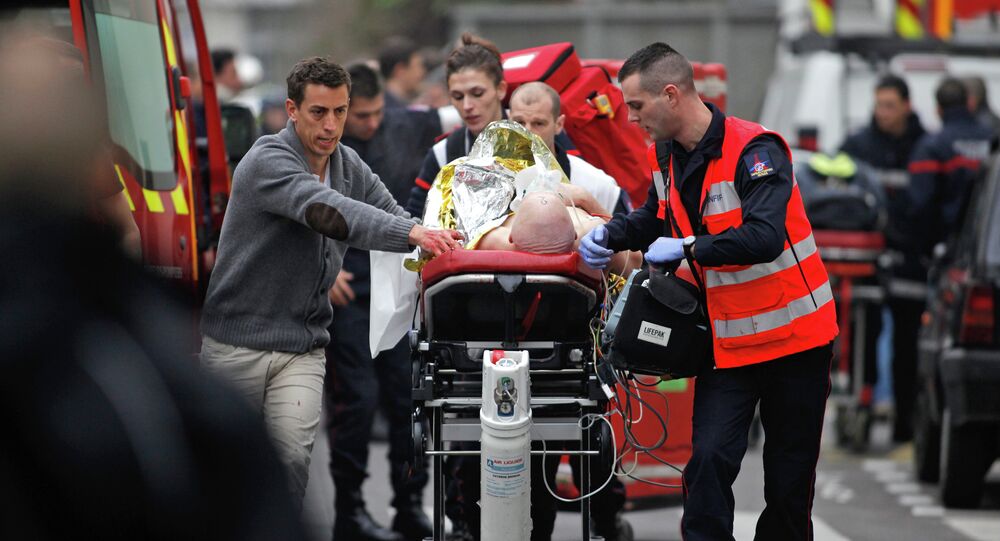 The purpose of the Charlie Hebdo magazine attack was to inhibit free speech, Bernard Lunzer, president of the US-based Newspaper Guild, assumes.

"We are saddened and angered by the murders at Charlie Hebdo in France. Free speech is a critical value to free people and this slaughter is directly intended to inhibit such speech," Lunzer said.

At least 12 people were killed on Wednesday when three gunmen armed with Kalashnikov rifles entered the Charlie Hebdo offices in central Paris. The victims included ten journalists and two police officers. The gunmen were reportedly shouting "Allah Akbar" during the shooting. They escaped the building and remain at large. A nationwide manhunt is underway.

The leaders of Russia, the United States, the United Kingdom, Germany and other nations have condemned the attack in strongest terms.