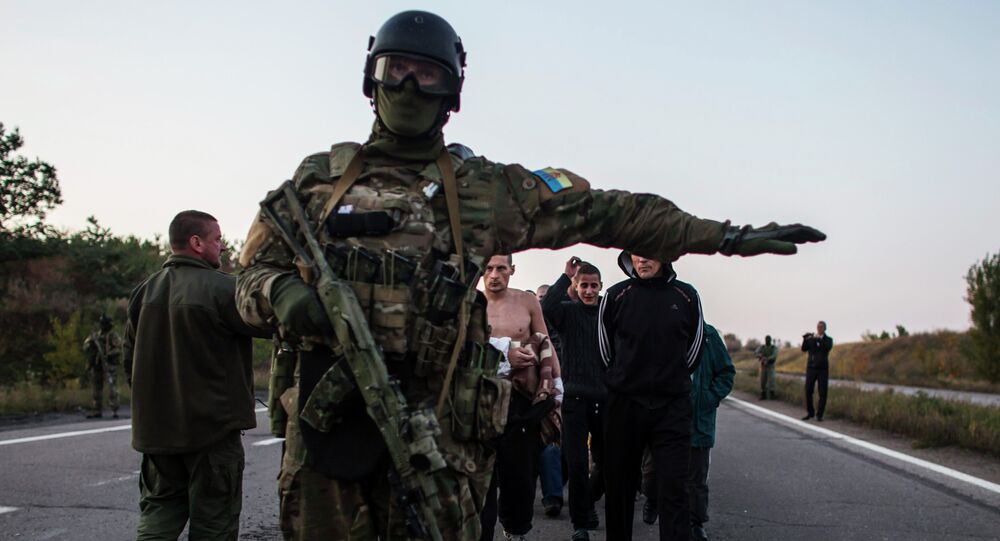 The self-proclaimed Donetsk People's Republic is ready to carry out a prisoner exchange, while Kiev is not ready as the Ukrainian Security Service has not cancelled the charges against the prisoners yet.

© Sputnik / Igor Maslov
Next Prisoner Swap Between Kiev, Donetsk May Begin in Mid-January:DPR Envoy
MOSCOW, January 5 (Sputnik) — An exchange of prisoners between Ukrainian security forces and the Donetsk People's Republic (DPR) militia may take place by the end of the week, the Donetsk news agency cited DPR ombudsmen Daria Morozova as saying Monday.

"We are ready to carry out a prisoner exchange according to the lists Ukraine provided us with. But the Ukrainian side is not ready. In particular, the SBU [the Ukrainian Security Service] has not cancelled the charges against the prisoners. The exchange could take place by the end of the week, if the SBU manages to finish this procedure," Morozova said.

On Sunday, Morozova said that Kiev and Donetsk had started negotiations over a new prisoner exchange. The DPR has nearly 30 prisoners, whereas the Ukrainian security forces hold about 220 people, Morozova added.

© AFP 2021 / VASILY MAXIMOV
Shelling Heard in Several Parts of City: Donetsk Municipality
During a previous prisoner exchange carried out on December 26, 145 captives from Ukrainian security forces and 222 prisoners from the DPR were released.

Kiev and the militias in the Ukrainian breakaway regions of Donetsk and Luhansk agreed to a ceasefire and an "all-for-all" exchange of prisoners at the Minsk talks in September, which were brokered by the OSCE and Russia.

Since the signing of the ceasefire agreement, the sides have repeatedly accused each other of breaking the truce. However, they are continuing to carry out prisoner exchanges.