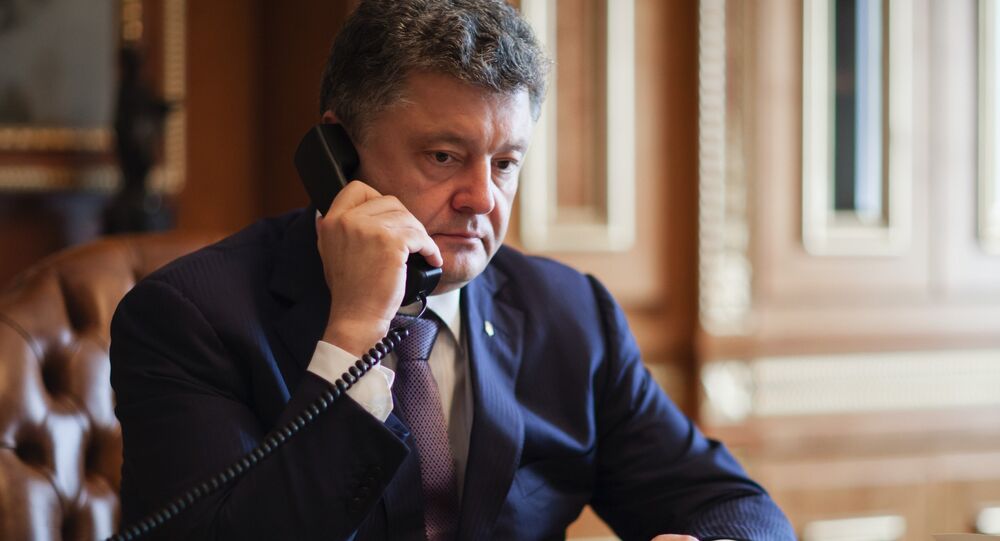 Petro Poroshenko states that electricity import should be carried out only by state-owned enterprises. He underscores that continued blackouts ahead of the holidays are unacceptable.

© Sputnik / Sergey Pyatakov
Kiev Ready to Sign Electricity Deal With Moscow at Russia’s Domestic Prices
MOSCOW, December 28 (Sputnik) — The import of electricity to Ukraine should be carried out by state-owned companies without any intermediaries, Ukrainian President Petro Poroshenko said Sunday.

“There should be no intermediaries in the provision of electricity import,” Poroshenko told reporters, noting that this should only be carried out by state-owned enterprises.

The president also stressed that “continued rolling blackouts are unacceptable, especially ahead of the holidays.”

© Sputnik / Alexander Kryazhev
Russia to Deliver 500,000 Tons of Coal Per Month to Ukraine: Official
Ukraine has in recent weeks been forced to introduce nation-wide energy saving measures as the country is experiencing energy shortages due to the Kiev-led military operation in Donbas, home to most of Ukraine’s coal mines, as well as a six-month halt in Russian gas supplies, which have recently been resumed.

Russian Deputy Prime Minister Dmitry Kozak said on Saturday that Russia is ready to supply Ukraine with electricity without prepayments and at Russia’s internal prices, which are lower than the price on Ukraine’s internal market. Kozak also stated that Russia would provide Ukraine with a monthly 500,000 tons of coal.

Man Blows Himself Up in Ukraine Trying to Rob Currency Exchange

Russian Lawmakers Call for Supplying Ukraine With Medical Aid Through WHO