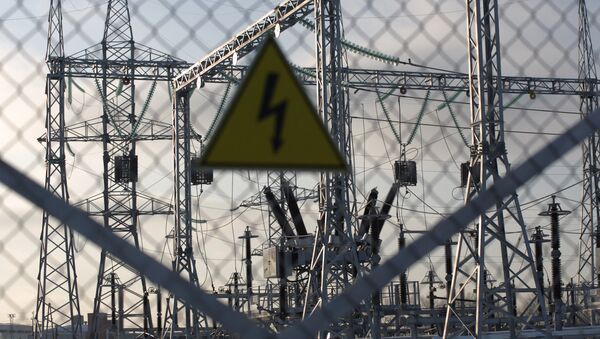 Russia and Ukraine have signed an agreement, providing Kiev 9 billion kilowatt-hours of electricity, Moscow has started the delivery.

He added that Russia has already started the delivery, despite the fact that the terms of the agreement have not been fulfilled yet, and hopes for the subsequent payment.

"In order to reduce the blackouts and other existing problems we [Moscow and Kiev] have held negotiations on the supply of 9 billion kilowatt-hours of electricity to Ukraine. We have signed an agreement, but the terms of the contract are not currently fulfilled… Nevertheless, under the instructions of the Russian president, the decision has been made to carry out such a delivery. Hopefully, the payments will be made in future," Russia 24 TV channel has quoted Kozak on its website as saying.

In 2013, electricity consumption in Ukraine amounted to nearly 147 billion kilowatt-hours.

Russian deputy prime minister also stated that the electricity will be delivered to Ukraine on favorable terms.

"The supply of electricity is carried out at internal Russian prices, while the prices on Ukraine's energy market are much higher. We are doing it deliberately, due to the fact that one [power] unit at [Ukraine's] Khmelnytskyi Nuclear Power Plant has broken down," Kozak said.

Due to the conflict in Ukraine's eastern regions, Kiev has lost a big part of its coal mines. The country is currently suffering from the lack of fuel for power generation and heating.