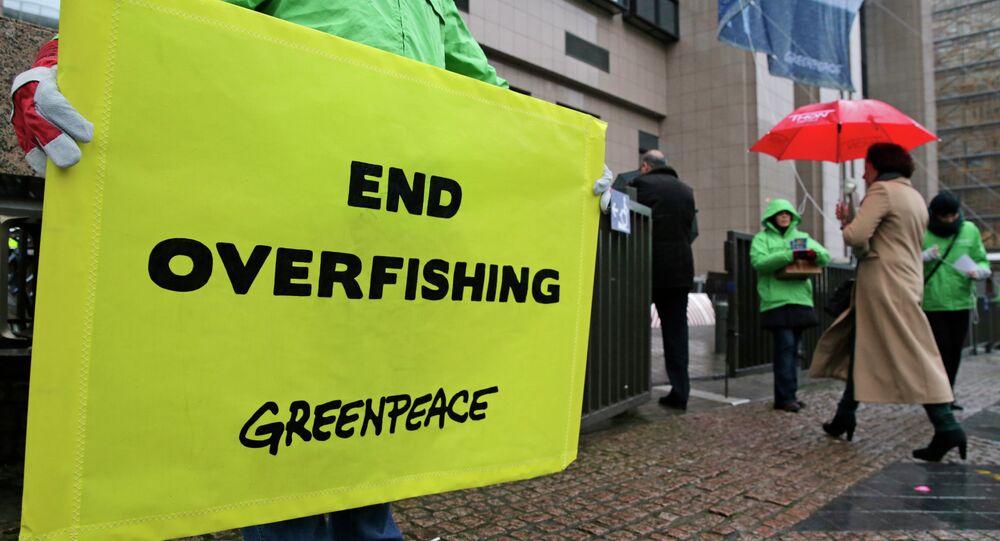 Greenpeace stated that EU fisheries ministers must put a stop to overfishing by following recommendations by scientists to lower fishing quotas.

"It's time for ministers to show some backbone and end overfishing now. Where fishing quotas are being reduced in line with scientific recommendations, fish stocks can recover," Saskia Richartz, the Greenpeace EU fisheries policy director, said, adding that low-impact fishermen would only benefit from the move.

The Greenpeace activists held demonstrations on Monday in Brussels, where the ministers were meeting to agree on fishing quotas for 2015.

Small-scale fishermen have been sidelined by EU fishing policies, Richartz said. "As we look to 2015, Greenpeace demands that low-impact fishermen are given lion's share of the quotas, while keeping overall fishing within sustainable limits," she added.

According to the environmental organization, the EU fishery fleet employs a number of destructive practices. In particular, 20 vessels were singled out as "monster boats" due to their excessive capacity, which has a negative impact on fish stocks and vulnerable marine species.

Despite calls made in recent years by the International Council for the Exploration of the Sea to reduce fishing quotas, EU ministers continue to set them higher than recommended because of pressure from Europe's fishing industry, Greenpeace said. Over 90 percent of Mediterranean and 40 percent of northeast Atlantic stocks are overfished, according to the organization.