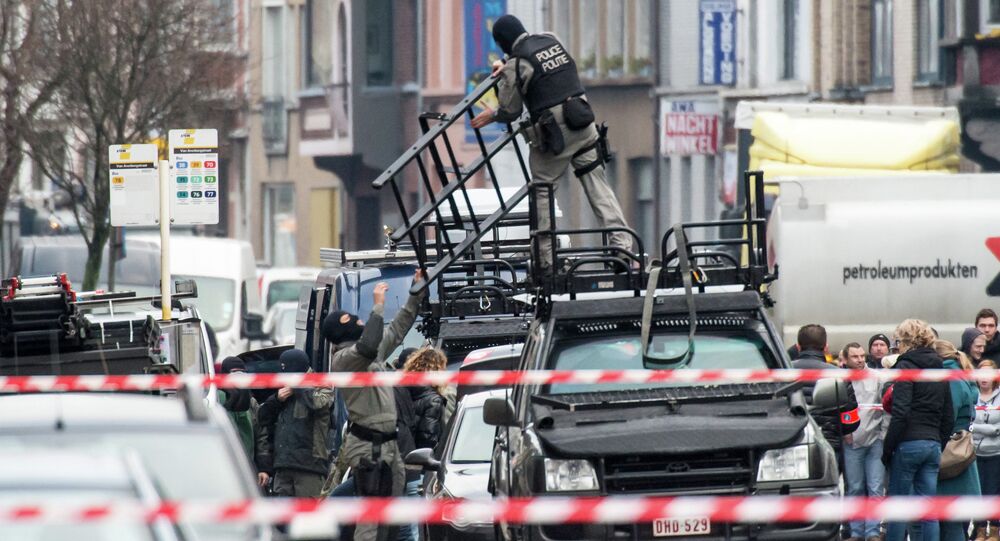 Unconfirmed reports suggest that the gunmen took one person hostage.

Police have already sealed off the surrounding area. “They’re in the building but it’s not clear what’s going on inside,” a police spokesperson said, according to the agency.

© AP Photo / Rob Griffith
Australian Police Call Sydney Cafe Siege Armed Attack, Not Terrorist Act
The siege is unfolding in the Dampoort district of the city. According to Newsweek, unconfirmed reports suggest that the gunmen took one person hostage.

“There appears to be nothing political. And it does not seem to be going that way,” federal police spokeswoman Annemie Serlippens remarked, AP reports.

Filip Rasschaert, head of local police, said that federal authorities are now in control of the operation, the BBC adds.