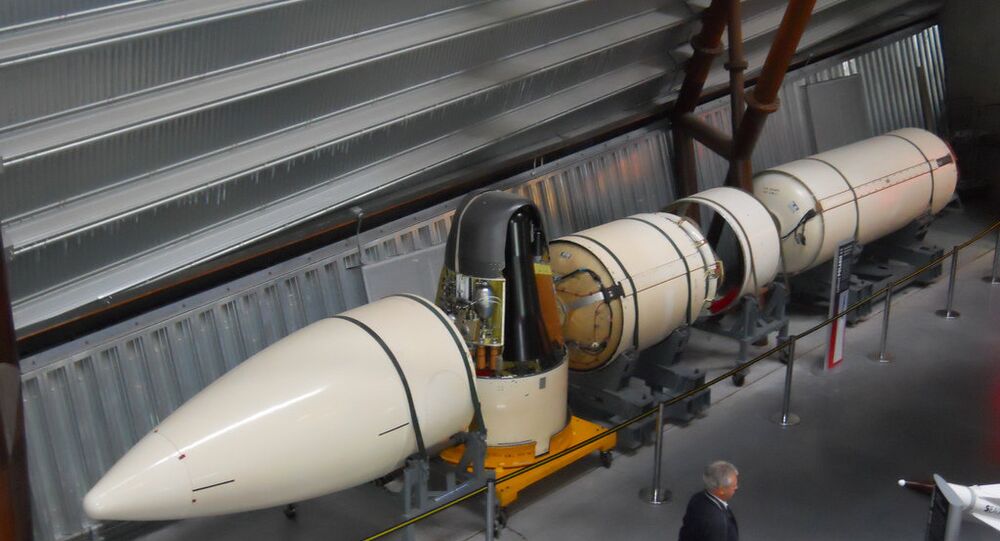 The head of the Campaign for Nuclear Disarmament in Scotland claims that the British government will not attend a major conference on humanitarian impact of nuclear weapons in Vienna because it is trying to take UK’s public opinion off nuclear weapons.

EDINBURGH, November 12 (RIA Novosti), Mark Hirst – The British government will not attend a major conference on humanitarian impact of nuclear weapons (HINW) in Vienna because it is trying to avoid UK public opinion being focused on nuclear weapons, the head of the Campaign for Nuclear Disarmament in Scotland (NDC) has told RIA Novosti.

"From the UK Government's perspective it is better for them that there is not lots of scrutiny about the continued use and likely renewal of nuclear weapons, like Trident," John Ainslie of Campaign for Nuclear Disarmament in Scotland told RIA Novosti.

"The UK's participation in the conference is very important," Ainslie added. "This has been a very significant international development and we have sent delegates ourselves to the original Oslo Conference and we have delegates attending the one in Vienna.

"It is a significant international move and concern about nuclear weapons was the basis of the initiative. Since then there have been discussions about a possible prohibition on nuclear weapons. Given the UK maintains a nuclear weapons program it is important it should be there and taking part," Ainslie added.

The Scottish National Party, which is the governing political party at the Scottish Parliament, has written to the UK Foreign Office asking why it is not sending delegates to the Vienna Conference when more than 100 other countries, including the United States, are.

"The International Conference on the Humanitarian Conference of Nuclear Weapons is being attended by the United States and over 100 other countries. It is high time for the UK to stop procrastinating and join the rest of the world in taking the humanitarian consequences of nuclear weapons seriously," the SNP's Westminster leader, Angus Robertson MP said in a statement.

"Presumably [the British government] will claim the emphasis should be on the non-proliferation treaty conference, but that does not really stand up to scrutiny," Ainslie told RIA Novosti. "So far very little has come from the non-proliferation treaty discussions so this new initiative [Conference on the Humanitarian Impact of Nuclear Weapons] might actually going somewhere. The UK Government should be going, not avoiding it."

Ainslie highlighted that even Conservative Government backbench MPs had raised concerns over the lack of parliamentary scrutiny over the likely renewal of Britain's nuclear weapons program, Trident.

"Even Conservative MPs like Julian Lewis, who is a supporter of Trident, was questioning the fact that there is not enough debate around the issue. The British establishment's preferred position is that these things just slip through slowly and without anyone paying attention," Ainslie told RIA Novosti.

The UK Ministry of Defense declined to comment on their reasons for not attending the Vienna Conference.

Alice Slater: “China Is the Only Country That Promised Not To Use Nuclear Weapons First”

Ukraine Has No Facilities, Materials and Means To Produce Nuclear Weapons