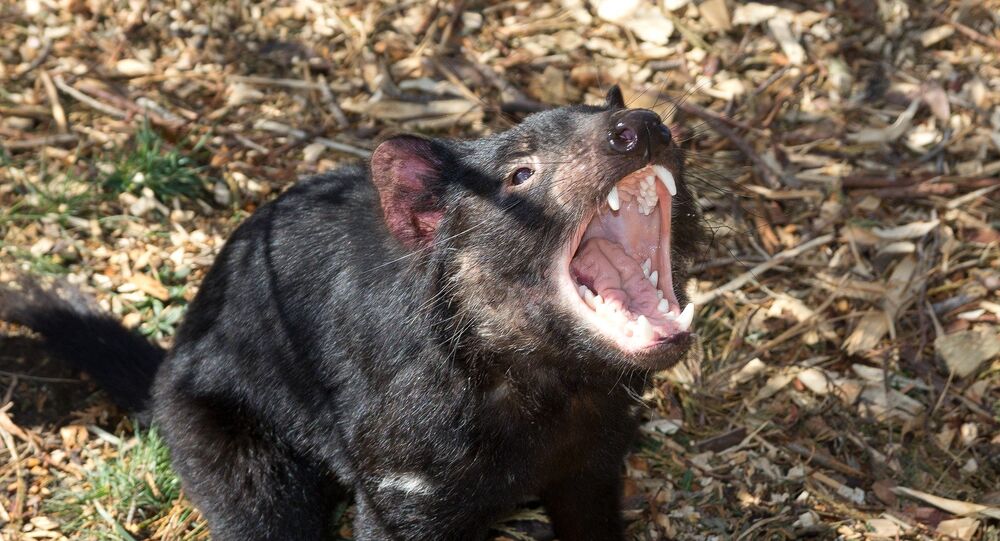 MOSCOW (Sputnik) - In a conservationist move gone wrong, Tasmanian devils that were introduced to a small Australian island almost a decade ago have eliminated its entire population of little penguins.

Eric Woehler, the convenor of BirdLife Tasmania, told The Guardian that the marsupials have had a "catastrophic" impact on the thousands of penguins that lived on Maria Island, off the eastern coast of Tasmania, before the Tasmanian devils were shipped there as insurance for their population in 2012.

"Losing 3,000 pairs of penguins from an island that is a national park that should be a refuge for this species basically is a major blow", Woehler was quoted as saying in an article published on Monday.

The decision to move a small population of devils to the island was made to safeguard the species against the contagious and deadly devil facial tumour disease, but the initial group of 28 animals multiplied, reaching 100 by 2016. The spread of the disease in the main population has meanwhile slowed.

However, the predators' arrival on the island has had a devastating impact on more than one bird species, Woehler said. For instance, there have been reports of the normally ground-nesting Cape Barren geese trying to nest in the trees in order to avoid predation.