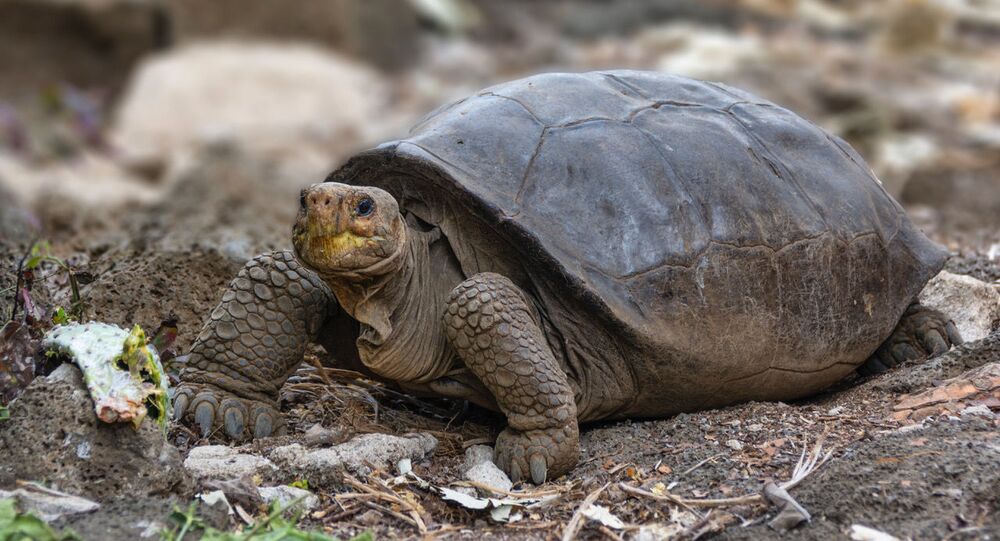 The Fernandina Giant Tortoise is one of 14 giant tortoise species found in the Galapagos Islands, but only ten of them are known to have survived human settlement and overhunting for food.

A giant tortoise discovered on Ecuador's Galapagos Islands has been verified as being from a species that was considered extinct for the last 115 years, Gustavo Manrique, Ecuador's Environment Minister, confirmed on Twitter, writing that hope is "still there."

DNA analysis has revealed that the adult female discovered in 2019 is a Fernandina Giant Tortoise (Chelonoidis phantasticus). Yale University scientists compared samples from the female to the remains of a male of the species to prove the linkage.

"It was believed extinct more than 100 years ago! We have reconfirmed its existence. The tortoise of the species Chelonoidis phantasticus was found in Galapagos," the minister wrote in a post.

​The last time the species was seen and subsequently killed by an expedition, was in 1906. The rediscovery occurred in 2019 during an expedition to the island of Fernandina in the archipelago's western Ecuadorian region. During the mission, researchers from the Galapagos National Park and the Galapagos Conservancy discovered the animal buried deep behind a mound of bush after crossing a three-mile length of hardened lava flow.

"As a biologist and someone who has dedicated my life to the pursuit of animals believed extinct, this is by far my greatest scientific accomplishment and proudest moment," Forrest Galante, the leader of the expedition, is quoted as saying in the Daily Mail report regarding the confirmation of the rediscovery.

Galante likened the tortoise to Lonesome George, the last known Pinta Island tortoise, who died in 2012 at roughly 100 years of age.

"Much like Lonesome George was an icon of extinction, I believe she can become an icon of wildlife hope. She's the rarest tortoise, if not animal, in the entire world and one of the largest discoveries in the Galapagos in the last century," he added.

The Galapagos National Park said in a statement released on its Facebook page that park rangers together with scientists from the Galapagos Conservancy of the Giant Tortoise Restoration Initiative (GTRI) are planning for the second half of this year an expedition to return to Fernandina Island in search for more individuals of this species in areas where signs of the presence of the tortoise have been found.

According to media reports, the species was assumed to be extinct due to volcanic eruptions in previous ages, although there have been anecdotal sightings indicating that a tiny few may still remain on the island. The IUCN red list included the Fernandina Giant Tortoise as "critically endangered (possibly extinct)," due to those unproven sightings.

Lending a Helping Hand: Watch This Tortoise Help Struggling Friend Get Back on Its Feet