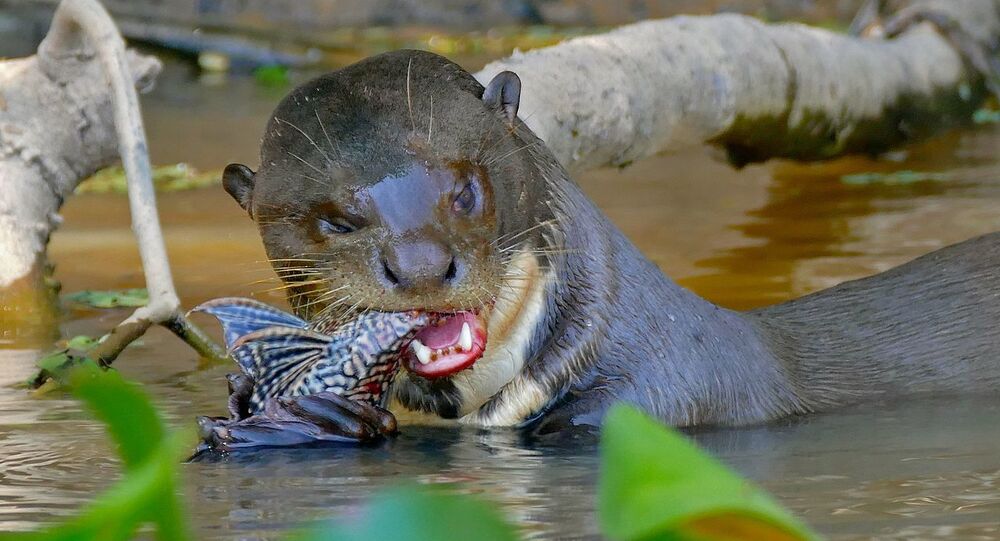 Happy Encounter: Giant Otter Thought to Be Extinct Shows Up in Argentina

The animal was feared to be extinct due to habitat loss and widespread hunting. The last sighting of it dates back to the 1980s.

The giant river otter - believed to have been extinct for many years - unexpectedly popped up in Argentina's Fundación Rewilding conservation. In some parts of the country, no one had seen the creature for more than a century, The Guardian writes.

The species was brought to the brink of extinction because of mass hunting and habitat loss. Sebastián Di Martino, director of the conservation, offers two possible explanations for the animal’s return.

“The closest known populations of giant otter, which is endangered globally, are in the Paraguayan Pantanal, which could connect with this river from a distance of over 1,000km. That’s the simplest explanation”, The Guardian cited Di Martino as saying.

The other possibility for its survival is that there is still a remnant population in the area that has gone undetected, according to the director of the conservation.

Notably, the otter’s return threw Di Martino for a loop, as it was almost impossible to imagine that the creature would ever show up again.

“I was incredulous. An incredible feeling of so much happiness. I didn’t know if I should try to follow it or rush back to our station to tell the others”, he said.

Local authorities have been working to bring back giant otters because of their importance for the ecosystem. Otters are thought to be a major regulator of fish populations and contributor to the health of an aquatic system, Di Martino added.