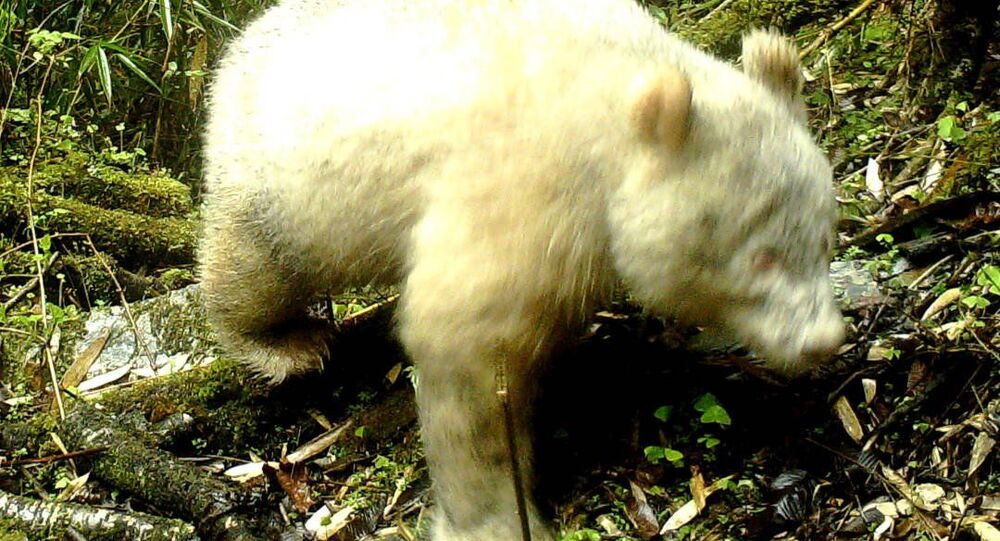 World’s Only Known Albino Panda Caught on Camera in China

The animal appears to be “physically strong with a steady gait.”

Wildlife cameras in China’s Sichuan Province have for the second time ever captured an extremely rare albino panda – the only known one in the entire world.

The videos, released on Friday, were initially made in February 2020. They showed the spotless, red-eyed panda with slightly golden and white fur wandering in the Wolong National Nature Reserve.

Historic and surprising images were captured by motion sensor cameras at the Sichuan Wolong National Nature Reserve in southwest China, which managed to photograph and record the only known albino panda specimen in the world. pic.twitter.com/M1xvKJ2WsI

​The animal was for the first time spotted in 2019 in the same region. China’s state-run media reported back then that the panda was believed to be between one and two years old and seemed to be “in good health.”

​A year since, the panda has grown significantly, with its white fur now having a touch of gold, said Li Sheng, a Peking University researcher and a specialist in bears. He noted that the albino panda was still in good shape, “physically strong with a steady gait.”