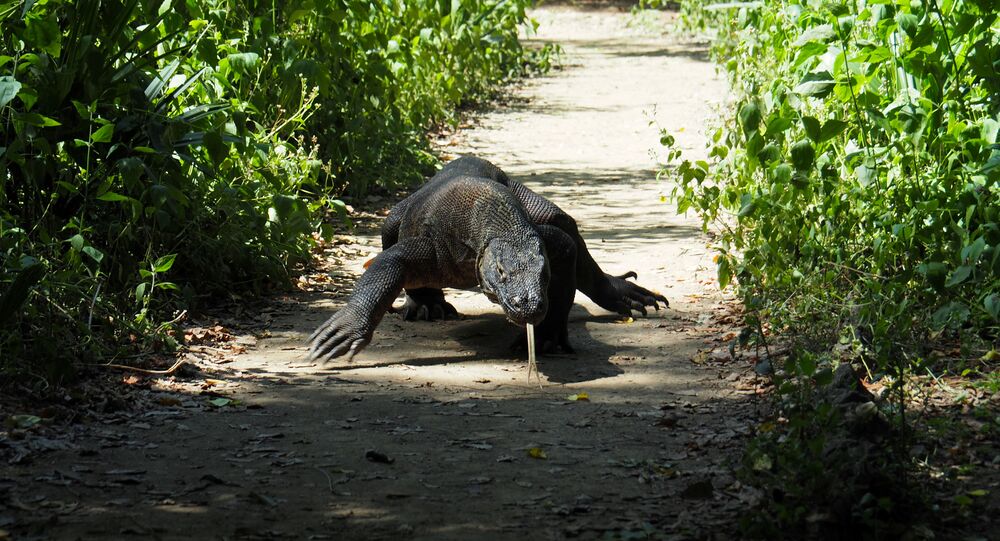 Concerns regarding the construction project in question were apparently sparked by a viral image of a Komodo dragon blocking the path of a large truck.

Indonesia's Ministry of Environment has moved to assuage the outrage that ensued over an island tourism project involving the Komodo National Park.

According to BBC, the project in question got dubbed "Jurassic Park" after its architects shared a video online of their proposal "set against the music" from said film franchise.

However, a viral image of a Komodo dragon blocking the path of a truck triggered outrage about threats the project may pose to the natural habitat of these reptiles (Reuters, however, notes that they were not able to verify the authenticity of the picture).

Indonesia says it will ensure the safety of Komodo dragons on Rinca Island, amid constructions of a dam & information centre, among others.

This is after a viral photo of a Komodo dragon & a truck raised concerns about an attraction like "Jurassic Park" being built on the island pic.twitter.com/xN6wEM5Imw

​A senior environment ministry official named Wiratno has explained that the safety of the Komodo dragons roaming in the vicinity of the construction project – slated to be completed in June and which is going to include an elevated deck, a dam and an information center – will be ensured by rangers.

"They will intensively make checks of whether the Komodo dragons are under the buildings, remnants of buildings, and under the trucks carrying material," he said.

But although the public works ministry has also assured the safety of the reptiles, Reuters notes that "environmentalists said the construction must stop".

"Komodo needs to be the priority. They need to be protected in a designated area," said Umbu Wulang Tanaamahu Paranggi, director of the Indonesian Forum for the Environment (Walhi) in East Nusa Tenggara. "What's going on now is a destruction of the dragons' living spaces."