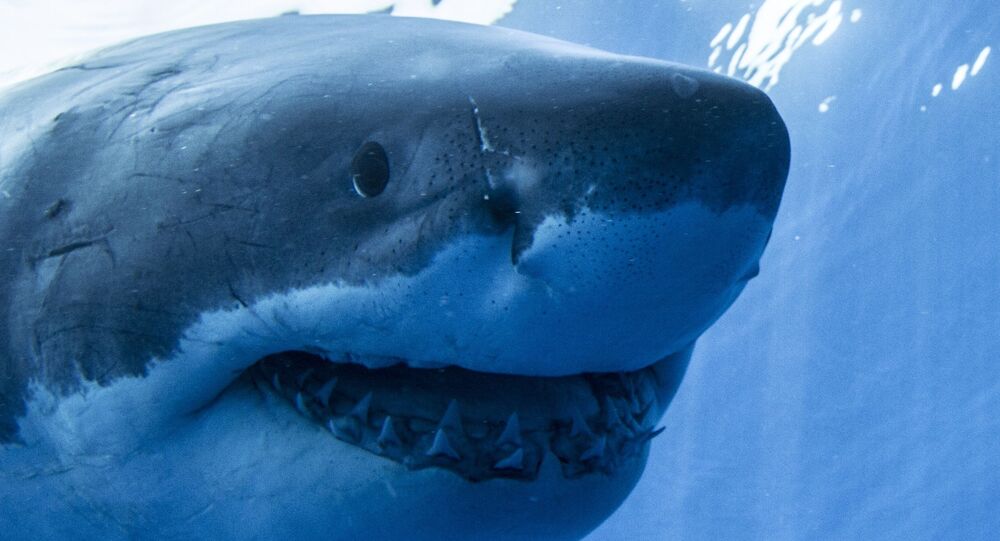 A new study published by University of Sydney researchers in the journal Frontiers in Marine Science has found that great white sharks off the Australian east coast spend more time feeding near the seabed than previously believed.

"Within the sharks' stomachs we found remains from a variety of fish species that typically live on the seafloor or buried in the sand. This indicates the sharks must spend a good portion of their time foraging just above the seabed," said lead author Richard Grainger in a June 7 news release.

"The stereotype of a shark's dorsal fin above the surface as it hunts is probably not a very accurate picture," he added.

By examining the stomach contents of 40 white sharks, the researchers found that the animals typically eat east Australian salmon, as well as eels, rays, whiting, mullet and wrasses.

"Understanding the nutritional goals of these cryptic predators and how these relate to migration patterns will give insights into what drives human-shark conflict and how we can best protect this species," said Dr. Gabriel Machovsky-Capuska, a co-author of the study.

The study also revealed that larger great whites had diets that were high in fat, possibly due to greater energy needs for migration.

"This fits with a lot of other research we've done showing that wild animals, including predators, select diets precisely balanced to meet their nutrient needs," study co-author Professor David Raubenheimer pointed out.